India   All India  13 Jul 2019  Will not be flexible for anyone, won't buckle under pressure: K’taka Speaker
India, All India

Will not be flexible for anyone, won't buckle under pressure: K’taka Speaker

The rebel MLA had alleged that the Assembly Speaker was delaying the process of accepting their resignations. 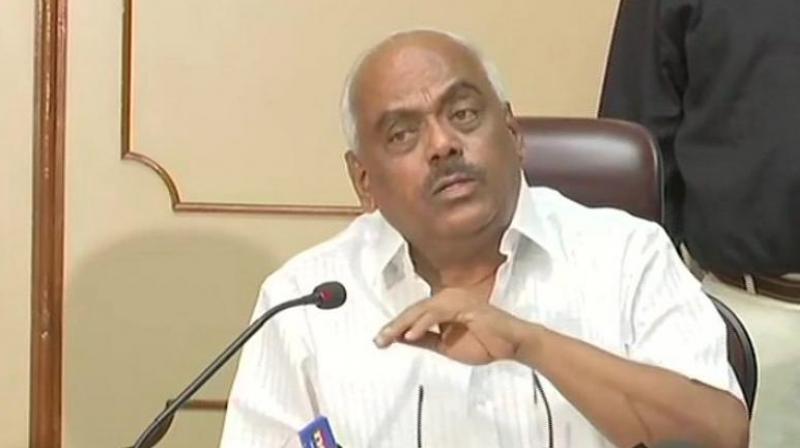 Kumar said that the law would take its course without any consideration as to who the person is, what the situation is. (Photo: File)

Bengaluru: In the ongoing political turmoil in Karnataka, the Assembly Speaker K R Ramesh Kumar is likely to play a key role in deciding the future of the political parties in the state.

In an exclusive interview to Hindustan Times, Kumar said he would be very strict in dealing with the rebel MLAs and try to set an example.

Asking when can the CM HD Kumaraswamy move a trust vote, Kumar said, “He has to communicate to me and he has already done so in the business advisory committee. Unfortunately, the opposition leader [BS Yeddyurappa] was not present. I cannot do it unilaterally. I suggested that the chief minister bring it up on Monday.”

On speaking about the status of the disqualification petition the Congress moved against two rebel MLAs, he said that there are a lot of judgments and controversies in each case. He said he would study both the cases in detail.

The rebel MLA had alleged that the Assembly Speaker was delaying the process of accepting their resignations.

“The whole activity began on July 6 and it is only July 12. There are issues that have been kept pending in this country for years. They gave me the resignation letters on July 6 and I was not in office when they came. They came late and I did not know they were coming, but they go to the Supreme Court and make a sworn statement that I am not in the office and I am not available to them. Is this fair?,” Kumar asked while giving clarification on the allegations levelled against him.

Talking about Supreme Court’s decision on this issue, Kumar clarified: “The Supreme Court’s language is very clear. It said to {me to} meet the 10 MLAs who are coming. It said if they intend to give their resignations, please take them. Then, it said to make some decision forthwith. They don’t say accept or reject it. And they said whatever decision you take kindly keep us informed in the remaining portion of the day. I have done all three.”

The resignations of the rebel lawmakers were rejected as they were not in a prescribed format and were not handwritten.

Kumar said that the law would take its course without any consideration as to who the person is, what the situation is.

He stated: “I am very rigid, I will not be flexible. Let me see what happens, I am not going to buckle under pressure.”