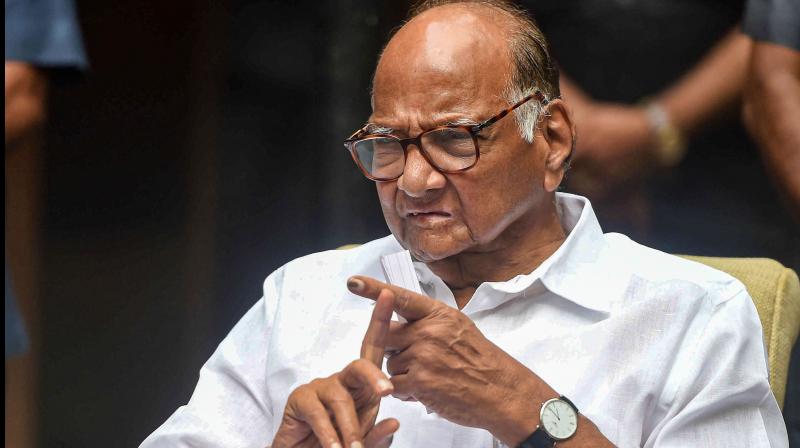 Mr Pawar said that Prime Minister Modi should consult economists and experts like Manmohan Singh to revive the economy. The NCP chief also said that China is a ‘bigger threat to India than Pakistan’ referring to the growing tension at the border between India and China.

To a question on Modi calling him a “political guru” (political teacher), Mr Pawar said there is no such thing as guru in politics.

The Centre should try to put international pressure on China through negotiations and diplomatic channels, Mr Pawar said in an interview to Shiv Sena mouthpiece ‘Saamana’.

The second of the three-part interview series was published in the Marathi daily on Sunday. “When we think of an enemy, the first name that comes to our mind is that of Pakistan. But we need not worry about Pakistan. In the long term, it is China that has the power, vision and programme to act against Indian interests. China is a bigger threat to India,” Mr  Pawar said.

“By creating a picture of camaraderie, you can’t resolve issues between two countries,” he said, referring to Prime Minister Narendra Modi’s handshakes and hugs with Chinese President Xi Jinping during the latter's India visit.

Speaking on the present state of the Indian economy, Mr Pawar said, “When Manmohan Singh was the Union finance minister, he gave a new direction to the Indian economy. I was also part of that Union cabinet. I credit Mr Singh and late P.V. Narasimha Rao for the turnaround of the economy from crisis,” he said.

“Modi should also take the help of experts. The country will support him in all the steps taken by him, he said, adding that the “country needs another Manmohan Singh”.

The NCP chief said there is no dialogue between the Modi government and leaders of other parties. When Manmohan Singh, Pranab Mukherjee, P. Chidambaram were finance ministers, they would constantly be in touch with experts and political leaders cutting across party lines to ascertain their views on various issues facing the country. “This is not happening now,” he said.