About 200 Russian companies, Investment Agencies and Funds took part from the Russian side. 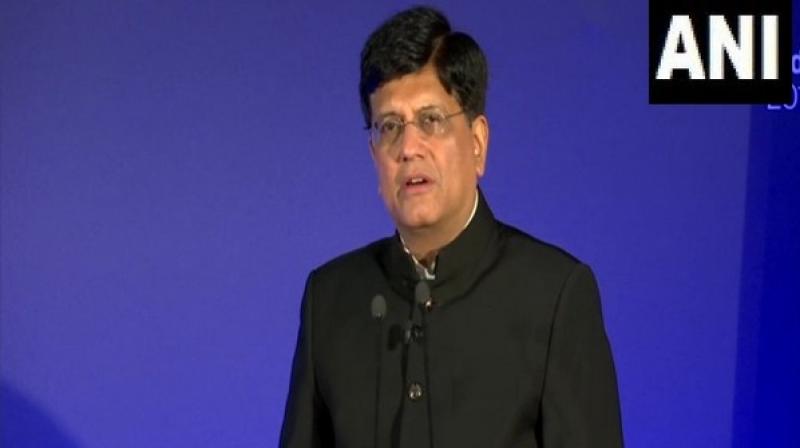 The event was the result of collaboration between Invest India and Federation of Indian Chambers of Commerce & Industry on the Indian side, and the Ministry for the Development of the Russian Far East and the Arctic under the leadership of Alexander Kozlov and the Far East Investment and Export Promotion Agency on the Russian side. (Photo: ANI)

New Delhi: Commerce and Industry Minister, Piyush Goyal led a high-power delegation of Chief Ministers of Haryana, Gujarat, Uttar Pradesh and Goa and about 140 Indian companies to Vladivostok, Russia from August 11-13, 2019. This visit came as a fulfilment of the assurance of Prime Minister, Narendra Modi to Russian President, Vladimir Putin during their meeting in Bishkek earlier this year on the sidelines of the SCO Summit, to explore opportunities for enhancing trade and investment from India to the Far East region of Russia.

About 200 Russian companies, Investment Agencies and Funds took part from the Russian side. Companies interacted separately with identified partners in an expanded B2B format and established contacts for further deliberations. The companies belonged to a wide cross-section of priority sectors, including minerals and rare earth, energy, forestry and timber, healthcare, agriculture and food processing, ceramics, tourism and infrastructure.

The event was the result of collaboration between Invest India and Federation of Indian Chambers of Commerce & Industry on the Indian side, and the Ministry for the Development of the Russian Far East and the Arctic under the leadership of Alexander Kozlov and the Far East Investment and Export Promotion Agency on the Russian side.

On August 12, 2019, the companies showcased in different sessions the prospects of mutual collaboration in the promising sectors through presentations. The sessions were attended by the Governors of several regions of the Far East and senior officials on both sides.

In the Plenary Session attended by close to 400 delegates, Russia's Deputy Prime Minister, Yuri Trutnev and Commerce Minister of India underlined the need to diversify and deepen trade links in priority sectors, in order to meet the trade target of USD 30 billion by 2025. Piyush Goyal urged companies on both sides to use this special opportunity to come together to discuss partnerships directly with each other and to come up with concrete project proposals and substantial outcomes. The Plenary Session culminated with the signing of MoUs between regions of the Russian Far East and five states of India to expand and strengthen cooperation in the areas of trade, economy, investment, scientific and technical cooperation.

An MoU was signed between Amity University and Far East Federal University to enhance relations and develop academic and cultural exchange in the areas of education and research. An agreement was also concluded on the establishment of the representative offices, the Centre for Yoga, and the Pushkin Centre for Russian Language and cultural studies. Another MoU on skill development was signed between National Skill Development Corporation and Far East Investment and Export Agency.

Chief Minister of Haryana, Manohar Lal Khattardelivered his address in Russian language and invited Russian investors to Gurugram and Haryana. Goa Chief Minister, Dr. Pramod Sawant, extended an invitation to Russian businessmen to actively participate in the upcoming 'Vibrant Goa Global Expo and Summit'. Chief Minister of Uttar Pradesh, Yogi Adityanathin his address, emphasized on collaboration in the field of energy, agriculture and food processing. Gujarat Chief Minister, Vijay Rupanispoke in particular of the possibilities of collaboration in gold and diamond mining, and application of latest technology for utilization of natural resources.

This visit has generated positive momentum for the enhancement of trade and economic cooperation between India and Russia in the run-up to the 5th Eastern Economic Forum in September, during which Prime Minister Narendra Modi will be the guest of honour on his maiden visit to Vladivostok.