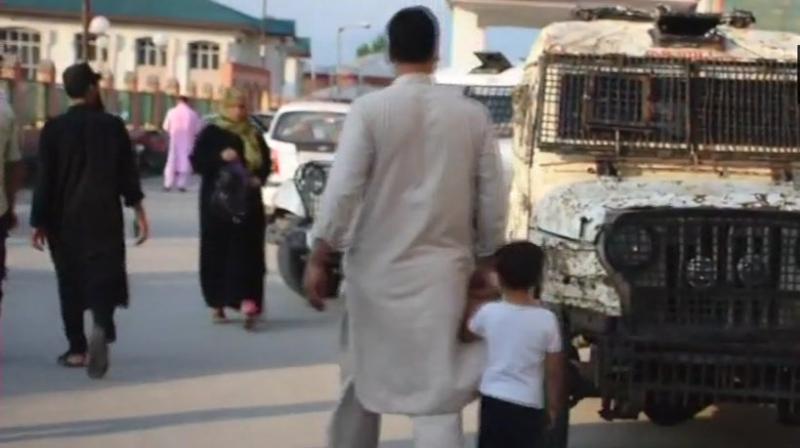 SRINAGAR: Amnesty International on Wednesday called for investigation and prosecution into the alleged extrajudicial execution of three labourers by the Indian Army troops in Jammu and Kashmir's Shopian district by independent civilian authorities, saying civilian investigations and trials “offer a degree of transparency and independence that is missing from the military justice system”.

The human rights watchdog was reacting to the Indian Army’s statement that it has launched an inquiry into the reports that three labourers Imtiaz Ahmed, Abrar Ahmed Khan and Abrar Yusuf from frontier Rajouri district were killed in a fake encounter by the troops in Shopian on July 18, a day after the trio had arrived in the area to work in an apple orchard to earn their livelihood.

While the Army said on Monday that it is investigating the social media reports linking to the encounter, the local police on Tuesday said that taking the cognizance of the claim by the families and media reports, it "will examine the claimants and carry out DNA sampling for matching purpose besides identification."

The police authorities said that the families of the three youth filed a complaint with Rajouri’s Peeri police station on August 10, saying that their kin had gone to Shopian for labour work but they lost contact with them after they had made last phone calls to them after reaching Shopian on July 17. “Meanwhile social media reported that the terrorists killed in an operation at Shopian on July 18 are reportedly their kin,” the police said in a statement here.

It added, “The police had provided sufficient time for identification of dead bodies at the Police Control Room Kashmir at Srinagar. However, the dead bodies could not be identified and they were buried in presence of a magistrate after conducting post-mortem and lifting DNA samples”. The police said that besides carrying out DNA sampling and identification it will “investigate all other aspects as per the law in due course of time”.

The India Executive Director Avinash Kumar, however, asserted that  civilian investigations and trials that “offer a degree of transparency and independence that is missing from the military justice system”.

A statement issued by the organisation said that the UN Human Rights Committee, which monitors the implementation of the International Covenant on Civil and Political Rights (ICCPR), to which India is a state party has stated that in cases of human rights violations by security forces, investigations should be carried out by civilian authorities in order to ensure independence. “This has also been affirmed by the UN Special Rapporteur on the Independence of Judges and Lawyers. The Supreme Court of India has also criticised the military justice system and recommended reforms on a number of occasions. Military law experts in India have acknowledged inherent defects within the Indian military justice system, particularly its lack of independence,” the statement said.

It further said that the organisation has previously documented the propensity of the Army authorities to almost categorically dismiss allegations of human rights violations against their personnel. In its latest situations update and analysis from Jammu and Kashmir, AI India has documented the closure of the State Human Rights Commission along with six other commissions, including the State Commission for Protection of Women and Child Rights, which has left the people of Jammu & Kashmir with absolutely no redressal for their human rights violations. “This is a violation of their right to remedy as guaranteed by the ICCPR,” it said.

Meanwhile, Farooq Khan, a former police officer who is presently serving as an advisor to J&K’s Lieutenant Governor, Manoj Sinha, has termed the reports of the killing of three labourers in an alleged fake encounter in Shopian "just a rumour being spread by vested interests to vitiate peace" in the Union territory.

However, various political parties have and local human rights activists in J&K have demanded an impartial probe into the disappearance of three labourers and the allegation that they were killed by the Army in a staged encounter and then passed off as militants.