India   All India  13 Aug 2020  Parth is immature, gave absolutely no importance to his statement on Sushant case: Pawar
India, All India 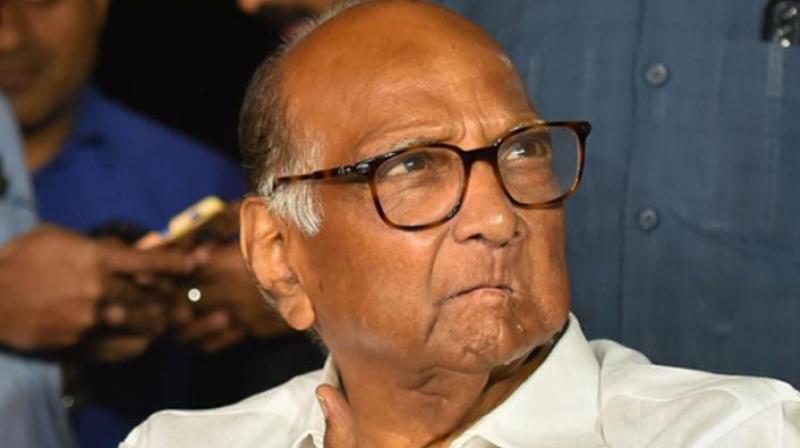 Mumbai: Calling Ajit Pawar’s son Parth “immature”, NCP president Sharad Pawar on Wednesday said he gives “absolutely no importance to his grand-nephew’s recent demand for a CBI probe into the case of actor Sushant Singh Rajput's death. The NCP chief also said that he has full faith in Maharashtra and Mumbai police. However, he would not oppose if someone still wants the central agencies to probe the case.

On July 27, Parth Pawar met state home minister Anil Deshmukh demanding that the case of Rajput's death be handed over to the CBI or a Special Investigation Team (SIT) be formed with forensic experts to probe the case.

“We attach absolutely no importance to what my grand-nephew says. He is immature. I have clearly said that I have 100 per cent trust in the Maharashtra police and Mumbai police but if someone still wants a CBI probe into it, then there is no reason to oppose that too,” the NCP chief told reporters here after a meeting with Shiv Sena MP Sanjay Raut at YB Chavan Centre in South Mumbai.

He was asked about the demand for a CBI probe in the case being made against some people, including by his grand-nephew Parth. Sharad Pawar said he does not want to respond to the allegations being levelled against the Maharashtra government in connection with the case. “We feel sad if any person commits suicide. But I feel a bit surprised at the way it is being discussed (in the media),” he added.

The NCP patriarch further said he had recently been to Satara where a farmer expressed surprise on the discussion over Rajputs death. “The farmer said he felt surprised at the way it (Rajputs death) is being discussed in the media. He (the farmer) said 20 farmers committed suicide in Satara, but it was not even noted by media. So, I know what are the sentiments of the common people,” Pawar added.

Meanwhile, after the nearly hour-long interaction with the NCP chief at the YB Chavan Centre, Raut said it was a routine meeting where many issues were discussed. He also tweeted saying, “Yes, I met Sharad Pawar and discussed developments in the state and the country. There is no need for anybody to worry or have stomach ache.”