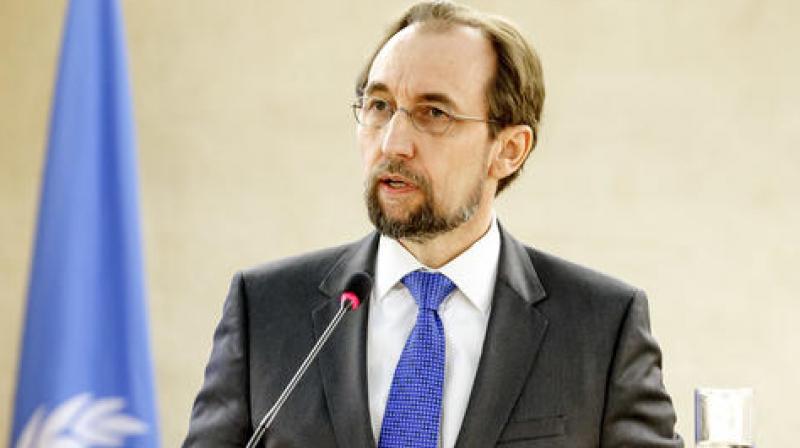 New Delhi: India on Tuesday lashed out at the UN human rights chief Zeid Ra’ad al-Hussein for his comment against India on various issues, but especially deportation of Rohingya Muslims and cow vigilantism.

Saying that it was “perplexed” at the remarks which showed “inadequate appreciation of the freedoms and rights that are guaranteed and practised daily” in India, a “vibrant democracy”, the statement, delivered by ambassador Rajiv K. Chander, permanent representative of India to UN, added that individual incidents were being “extrapolated” to paint a broader societal situation.

India said that it is “concerned about illegal migrants, in particular with the possibility that they could pose security challenges,” and added that “enforcing laws should not be mistaken for lack of compassion”.

“Tendentious judgements made on the basis of selective and even inaccurate reports do not further the understanding of human rights in any society,” India said in a sharp response to the UN high commissioner for human rights chief. Mr Al-Hussein had, on Monday, “deplored the current measures in India to deport Rohingyas at a time of such violence against them,” and slammed mob violence in the country in the name of cow protection. He also invoked the murder of journalist-activist Gauri Lankesh to make a point about rising intolerance in India. Calling for “objective consideration, balanced judgements and verification of facts”, India reminded the UN human rights chief that Prime Minister Narendra Modi has himself “publicly condemned violence in the name of cow protection”. On Mr Al-Hussein’s observations on human rights in J&K, New Delhi said that it “is a matter of regret that the central role of terrorism is once again being overlooked”.

New Delhi, however, added that a large number of recommendations on its human rights record had been “accepted” and that “promotion of human rights is an ongoing process that can be continuously strengthened”. “We recognise the role assigned to the OHCHR in effective promotion and protection of human rights... We are perplexed at some of the observations made by the high commissioner in his oral update… It is also surprising that individual incidents are being extrapolated to suggest a broader societal situation. India is proud of its independent judiciary, freedom of press, vibrant civil society and respect for rule of law and human rights. A more informed view would have not only recognised this but also noted, for example, that the Prime Minister himself publicly condemned violence,” India said in the statement.