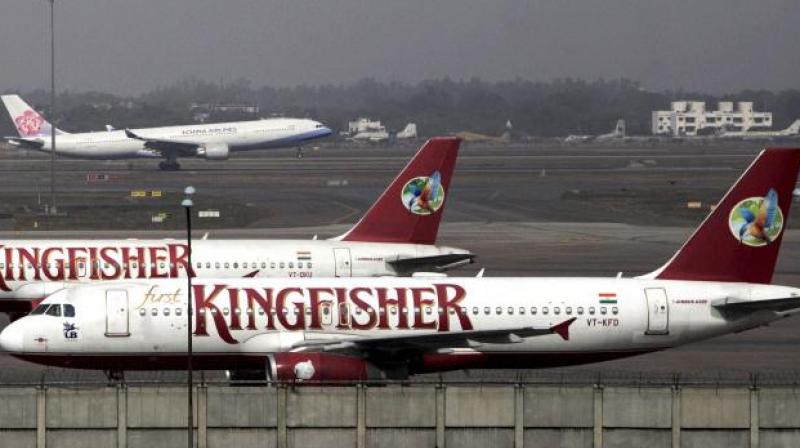 BJP spokesperson Sambit Patra claimed that Rahul Gandhi was on the backfoot in the case of Kingfisher Airlines and its promoter Vijay Mallya as well as the entire Gandhi family traveled on the airline and their travel was upgraded to business class for free. (Photo: File)

New Delhi: The political battle between the BJP and opposition sparked minutes after fugitive liquor baron Vijay Mallya on Wednesday claimed that he met Finance Minister Arun Jaitley with settlement offer before leaving the country.

In an all-out attack against the Opposition, Congress, the ruling-BJP on Thursday alleged that it was the Congress and Gandhi family who were close to Vijay Mallya and that the previous UPA government had given a "sweet deal" to the beleaguered Kingfisher Airlines to keep it afloat.

BJP said that the airline was perhaps owned by the Gandhi family and there are “18 pages worth of evidence” about their links.

"Papers show that Kingfisher Airlines was not owned by Mallya but by the Gandhi parivaar," BJP national spokesperson Sambit Patra said at a press conference.

Attacking Rahul Gandhi, Patra showed a purported confessional statement of a hawala trader, alleged that the Congress chief had links with a shell company.

He claimed that Rahul Gandhi was on the backfoot in the case of Kingfisher Airlines and its promoter Vijay Mallya as well as the entire Gandhi family traveled on the airline and their travel was upgraded to business class for free.

"The entire Gandhi family was in fact helping Mallya and Kingfisher Airlines with the sweet deal," Patra said, while showing a bunch of documents related to the loans given by banks to the airline.

Patra alleged that Rahul Gandhi took a loan of Rs 1 crore from Vijay Mallya. "That he (Rahul Gandhi) and his mother Sonia Gandhi used to get free business upgrade (in Kingfisher flights) is something which is in the public domain," Patra added.

Reading out from one of a bunch of papers, which Patra said were evidence of the links between the Congress and Mallya, he cited the boss of Kingfisher Airlines having said that the loans to the now defunct airline were restructured twice -- in 2008 and 2012. The second time it was done by the request of the government, Patra added, citing what he said were letters from the Reserve Bank of India (RBI). The government requests, he said, mentioned that the favour should be extended "only for Kingfisher."

"There is a series of letters between the RBI (Reserve Bank of India) and the SBI (State Bank of India). These letters show us how the previous dispensation under Sonia Gandhi was biased, partial and kept all norms and regulations at bay to give a sweet deal to Kingfisher Airlines," Patra alleged.

"Sometimes it seems the airline was not owned by Mallya, but by the Gandhi family in proxy," Patra said, adding that Rahul Gandhi, who himself is out on bail (in the National Herald case), had no right to question others on corruption.

After Vijay Mallya’s claims on Wednesday that he met Arun Jaitley before leaving India in 2016, the finance minister dismissed it as "factually false" and said the tycoon had accosted him in the corridor of parliament.

Minutes after BJP’s press meet, Congress president Rahul Gandhi held a media conference where he said one of its leaders had witnessed Arun Jaitley and Vijay Mallya having a discussion in parliament just on March 1, 2016, two days before Mallya left for the United Kingdom.