India   All India  13 Sep 2018  Not only Jaitley, entire BJP must come clean on ties with Mallya: Yashwant Sinha
India, All India

Not only Jaitley, entire BJP must come clean on ties with Mallya: Yashwant Sinha

Arun Jaitley was the finance minister in 2016 when Mallya left India. 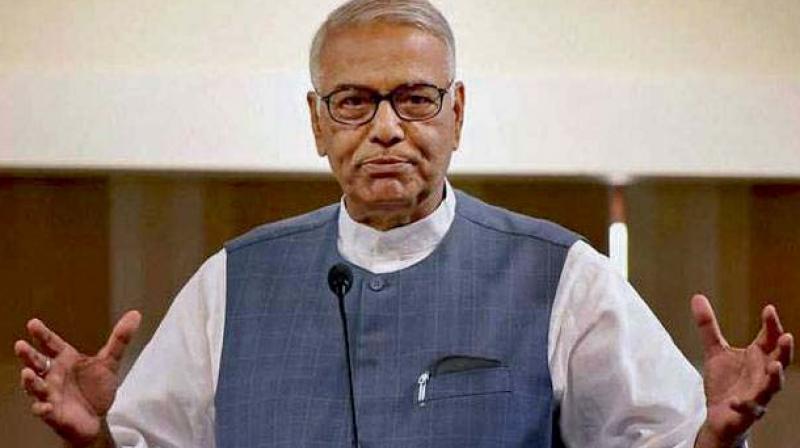 Sinha's remarks came soon after Mallya, facing charges of fraud and money laundering amounting to around Rs 9,000 crore, said in London that he met the finance minister before leaving India last year.

"Not only the finance minister, the entire BJP must come clean on its relations with Vijay Mallya," tweeted Sinha, a former union finance minister who has been critical of Jaitley and his handling of the ministry.

Mallya, the 62-year-old former Kingfisher Airline boss, who arrived in London to appear before the Westminster Magistrates' Court in a case regarding his extradition to India to face the trial on fraud and money laundering charges, was asked by reporters if he was "tipped off" to leave the country.

"I left because I had a scheduled meeting in Geneva. I met the finance minister before I left, repeated my offer to settle with the banks. That is the truth," he responded, without naming the minister.

Arun Jaitley was the finance minister in 2016 when Mallya left India.