Brother of Kerala nun also questioned police inaction and said, 'Police have not done anything in the past 78 days.' 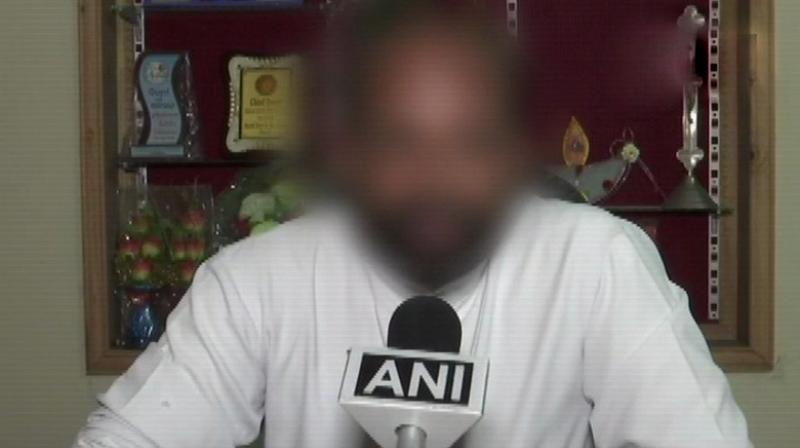 'Kerala government is not taking any action as they do not want to break the cordiality between the church and the authorities as elections are approaching,' brother of the Kerala nun said. (Photo: Twitter | ANI)

Kochi: Brother of the Kerala nun who has accused Jalandhar Roman Catholic priest of rape, on Thursday said that influential politicians are shielding and supporting Bishop Franco Mulakkal.

The rape survivor’s brother alleged that with eye on upcoming elections, the Kerala government is refraining from taking any action to break cordiality between the church and the authorities.

He also questioned police inaction in the case and said, “Police have not done anything in the past 78 days.”

“Kerala government is not taking any action as they do not want to break the cordiality between the church and the authorities as elections are approaching. Influential politicians are supporting him,” the brother of Kerala nun said.

The brother of the nun earlier alleged that a relative of the accused Bishop Franco Mulakkal and two other priests approached his friend and conveyed that they are willing to pay Rs 5 crore if the nun withdraws her complaint.

In her complaint lodged with Kottayam district police, the nun who is in her late 40s accused Bishop Franco Mulakkal of raping and having unnatural sex with her multiple times between 2014 and 2016.

Earlier this week, the nun wrote to the Vatican seeking justice. In her letter to The Apostolic Nuncio of India, Giambattista Diquattro – an Ambassador to the Pope, she listed names of all the people she had asked for help, including the Pope himself. Nobody has bothered to help her.

The nun said she was writing the letter to the Vatican as “victim of sexual abuse who is seeking justice”.

“… Bishop Franco had always an eagle’s eye on few other MJ (Missionaries of Jesus) sisters as well. Whichever sister Bishop Franco felt attraction to, he tried to put them in his trap by force or taking advantage of their weaknesses.”

“… Though Bishop Franco had sexually abused me several times, I could not reveal the full story to my Superior General or to her Councilors. I only told them repeatedly that the Bishop is taking many disciplinary actions through them just because I resisted to lie down with him. As they failed to understand even the seriousness of these words, I could not tell them more than this. And I had the fear that Bishop Franco may harm me with the support of my superiors (sic).”

After public outrage and persistent protests by nuns, the Kerala police on Wednesday summoned Bishop Franco Mulakkal on September 19 for questioning him about his alleged involvement in the case.