The police had a tough time on Wednesday chasing the hostellers with batons, bursting tera gas shells and firing in the air. 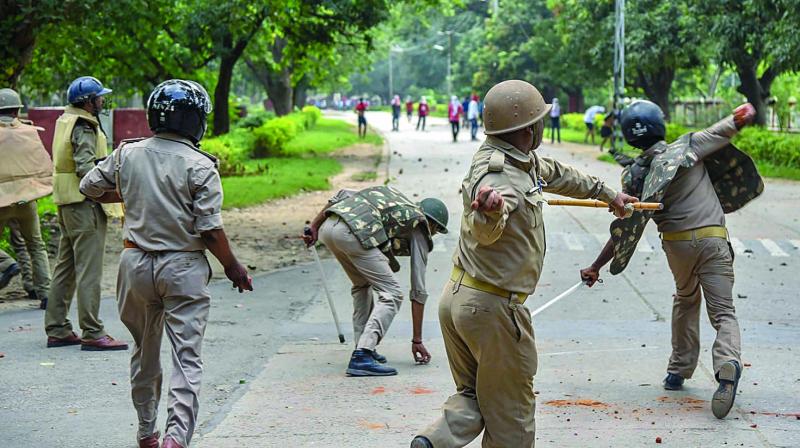 The students alleged that students living in Birla hostel often took away food from the Aiyar hostel mess.

The police had a tough time on Wednesday chasing the hostellers with batons, bursting tera gas shells and firing in the air. The situation took a turn for the worse when the residents of  Birla Hostel reportedly started hitting the policemen with bricks, who were standing outside their hostel to guard them.

Varanasi SP City Dinesh Kumar Singh rushed to the campus  with heavy reinforcement but the students continued brick batting from the rooftop of the hostel.

According to Banaras Hindu University administration, the guilty students have been caught on the newly-installed CCTV cameras in the campus and action against them would be initiated soon.