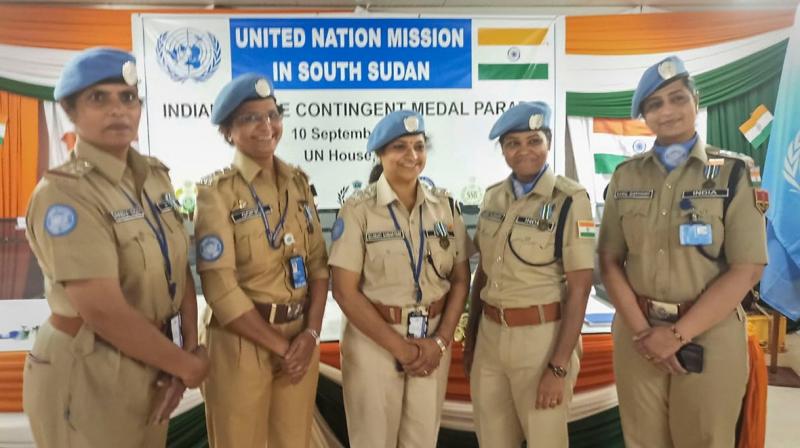 The women officers were honoured by the UN for upholding the UN mandate of protection of civilians in conflict-ridden South Sudan. (Photo: Twitter | All India Radio)

New Delhi: Five Indian women police officers were honoured by the United Nations for their commendable services in the world body's mission in South Sudan, officials said on Friday.

The Indian women police officers received the UN medal at a medal parade in the United Nations Mission in Juba in South Sudan on Tuesday, a Home Ministry official said.

The women officers were honoured by the UN for upholding the UN mandate of protection of civilians in conflict-ridden South Sudan.

Working in coherence with UN core values of professionalism, integrity and respect for diversity, the Indian women have become a force to reckon with in the UN Mission in South Sudan, another official said.