The party feels the law could also take a toll on the pro-people image of the Narendra Modi government. 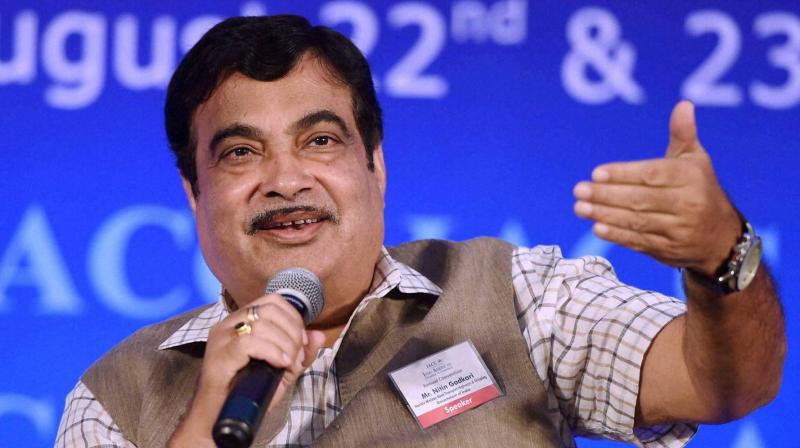 New Delhi: Union surface transport minister Nitin Gadkari’s new Motor Vehicles Act is facing opposition from within. Mr Gadkari, a former BJP president, who is also considered close to the Rashtriya Swayamsevak Sangh, is facing embarrassment due to his own party’s state governments joining Opposition-run state governments in opposing implementation of the new law. On Thursday, the Uttar Pradesh government signalled that it too was considering a reduction in the new penalties, joining a growing band of states that find the fines in the amended law too high.

Several state governments — including Guj-arat, Haryana, Mahara-shtra, Uttarakhand and Karnataka — all ruled by the BJP, have already rejected the amended MV Act. While some have sought opinions from their respective legal departments, most have decided not to implement the steep challan regime and proposed a steep reduction in these amounts. Mr Gadkari was pushing for the MV Act for the past few years and any setback to the implementation of the new provisions could be seen as a dent to the image and stature of the senior BJP leader.

Non-BJP states like Chhattisgarh, Rajasthan, Madhya Pradesh, West Bengal and Punjab have already rejected outright the implementation of the law and reportedly sought the views of their legal departments. The minister has come under severe criticism from the Opposition and BJP-ruled states alike on implementing higher challan rates as these governments feel such a steep hike could prove to be an unpopular move.

Mr Gadkari had on Wednesday defended the steep hike in penalties, while acknowledging the states were free to roll them back. “If they want to reduce fines, let them, but the lives of people should be saved and there should be less accidents. There has to be awareness over this,” he said

However, senior BJP leaders are of the view that the implementation of the MV Act has been hasty, and that it needed more discussion with stakeholders. They fear the high amount of penalties could hurt it in the coming state Assembly polls in Maharasthra, Haryana and Jharkhand.

“The move could very well backfire as the middle class and urban population — the core support base of the BJP — would be the ones most affected by the legislation,” a source pointed out.

The party feels the law could also take a toll on the pro-people image of the Narendra Modi government. “The steep fine amounts are sending a wrong signal that the government is out to severely punish people, mainly the middle class, for even minor traffic offences,” the sources added.

Several state governments have said the penalties have to be proportional to the offences. “It can’t be this excessive even for purposes of deterrence. Bad advice and legal drafting by the ministry is also believed to be causing an embarrassment as most governments have sought legal opinion on the issue,” the sources added.

Sources also pointed out that though the Maharashtra government was part of the committee that cleared the high challan amounts, the state has now decided against the implementation of such rates as it feels it may prove suicidal as it heads towards the Assembly polls.

Announcing the UP government’s decision on Thursday, state transport minister Ashok Kataria said: “In the interest of the people of the state, the government is reconsidering what should be done. We will soon take a decision and come out with the rates of penalty.”