'I don't know (affirmatively), but probably timing of his stepping in there could have brought bad omen to ISRO,' Kumaraswamy said. 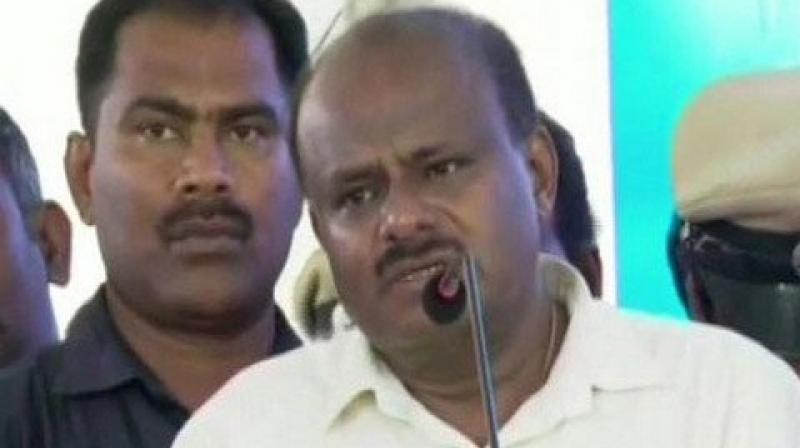 However, the project was the outcome of the scientists and the UPA government during 2008-09, asserted Kumaraswamy. (Photo: File)

Bengaluru: Former Karnataka Chief Minister HD Kumaraswamy stoked a major controversy on Thursday by suggesting that Prime Minister Narendra Modi's presence at the headquarters of the Indian Space Research Organisation (ISRO) on September 6 could have proved a "bad omen" as the soft landing of moon lander Vikram failed.

Modi had specifically arrived in Bengaluru to witness the event with the ISRO team.

"I don't know (affirmatively), but probably the timing of his stepping in there could have brought a bad omen to ISRO scientists," Kumaraswamy said in Mysuru, adding that Modi came to Bengaluru on the night of September 6 to send across a message to the people of the country that he was behind the launch of Chandrayaan-2.

However, the project was the outcome of the scientists and the UPA government during 2008-09, asserted Kumaraswamy.

"Poor scientists had toiled for 10 to 12 years. The cabinet approval for Chandrayaan-2 was given in 2008-09 and accordingly the funds were released the same year. He (Modi) came here to seek publicity as if he was behind the launch of Chandrayaan-2," claimed the former Karnataka chief minister.

In a setback to the lunar mission Chandrayaan-2 launched on July 22, the soft landing of Vikram lander on the lunar surface did not take place as planned on the morning of September 7 as the module lost communication with its earth station.

Explaining the 'helplessness' of Chief Minister BS Yediyurappa before the Centre on all matters, Kumaraswamy said no one in the state government and the Centre had the guts to approach Modi for anything.

An example of this was the manner in which Modi had indicated to the chief Minister and other Union ministers present at the ISRO headquaters to leave on the intervening night of September 6 and 7, he alleged.

"The chief minister (Yediyurappa) and a deputy chief minister had gone there... two to three Union ministers too accompanied him. In a sign message, he (Modi) indicated them to leave the place, telling them there was no need for them to be there. These people returned with their tails between their legs. This is the condition of the government that represents our people," Kumaraswamy said.