India   All India  13 Sep 2022  Could have saved many lives if govt acted on time during Covid 2nd wave: Par panel
India, All India

Could have saved many lives if govt acted on time during Covid 2nd wave: Par panel

The government should have continued its efforts to monitor the resurgence of Covid and its possible outrage in the country, the panel said 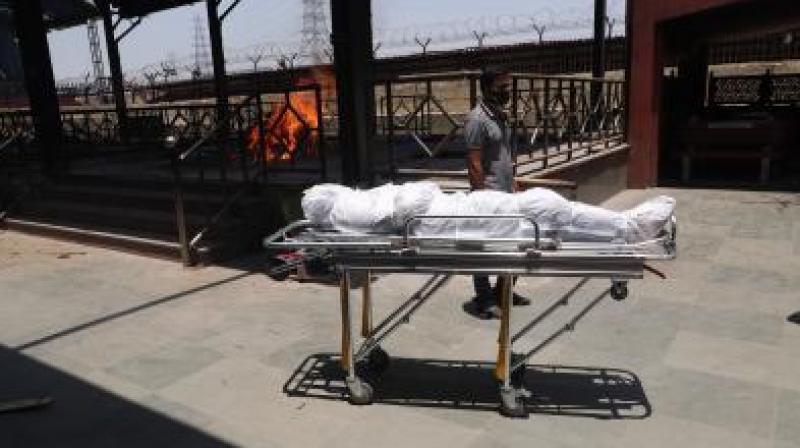 Many lives could have been saved during the second wave of the Covid pandemic if containment strategies were implemented on time, a parliamentary panel has said. (Representational Image/AP)

New Delhi: Many lives could have been saved during the second wave of the Covid pandemic if containment strategies were implemented on time, a parliamentary panel has said while pulling up the government for not being able to anticipate the gravity of the situation.

The Parliamentary Standing Committee on Health, in its 137th report presented to Rajya Sabha on Monday, said the second wave was undoubtedly marred by high cases, increased deaths, shortage of oxygen and beds in hospitals, reduced supplies of medicines and other important drugs, disruption of essential health care services, hoarding and black marketing of cylinders and medicines etc.

"The committee is of the considered view that had the Government been successful in identification of the more virulent strain of virus in the population at an early stage and suitably implemented its containment strategy, the repercussions would have been less grave and many lives could have been saved," it said.

The committee observed that India is one of the countries with the heaviest burden of COVID-19 cases in the world. The enormity of the population of the country posed a major challenge in the face of the pandemic.

With the fragile health infrastructure and the huge shortage of healthcare workers, the country witnessed tremendous pressure, it said.

Even when the trajectory of COVID-19 cases in the country registered a decline in the aftermath of the first wave, the government should have continued its efforts to monitor the resurgence of Covid and its possible outrage in the country, the committee said.

It noted that the ministry had cautioning states to maintain vigil and chalk out strategy for any exigencies that may arise due to resurgence of COVID-19 in their respective regions.

"However, the committee is unhappy to note that many states were unable to cope up with the arising uncertainties and medical emergencies in the wake of the resurgence of COVID-19 during the second wave that caused more than 5 lakh registered deaths," it said.

A parliamentary committee has recommended the Union Health Ministry "audit deaths due to oxygen shortage", especially during the Covid second wave, in coordination with states to enable robust documentation of the mortalities.

The committee said it was "disturbed" by the ministry's "unfortunate denial" of COVID-19 deaths due to oxygen shortage.

"The ministry must meticulously examine the oxygen-stricken Covid deaths and ensure that proper compensation is accorded to the families of the victims," the panel said, adding it expected more transparency and accountability from government agencies.

The Parliamentary Standing Committee on Health, in its 137th report presented to Rajya Sabha on Monday, said the increase in the number of Covid positive cases had put severe pressure on the health infrastructure.

There were several instances of patients' families pleading for oxygen and waiting in queues for cylinders and the media reported stories of hospitals running out of the life-saving gas and making desperate appeals when they were reportedly left with only a few hours of supply, it said.

The committee said that in its 123rd report it had warned the government of the possible shortage of oxygen cylinders and supply of oxygen in hospitals.

"The committee is disappointed to note that the ministry in its submission in 2020 had assured that the country is self-sufficient in oxygen and oxygen cylinders; however, their hollow claim was brutally exposed during the second wave," the panel said in its 137th report.

"The government failed to manage even distribution of oxygen in states and amidst the skyrocketing demand it could not maintain a steady flow of oxygen leading to an unprecedented medical crisis," the panel said.

It added that poor logistic management and the failure of the government in ensuring a quick response from the healthcare system speak volumes of the utter chaos in the government machinery, especially during the second wave.

Poor monitoring of the oxygen generation capacity and availability of medical oxygen, oxygenated and ventilator beds in hospitals further aggravated the situation, the panel said.

"The committee is disturbed at the unfortunate denial of the Ministry of Health and Family Welfare regarding Covid deaths due to oxygen shortage in the country."

It said that it takes into account media reports that there were many deaths due to oxygen shortage in hospitals. However, the sheer negligence of the fact shows the absence of empathy in government parlance, the parliamentary panel alleged.

The panel noted there were no definite guidelines for identifying the deaths due to inadequate supply of oxygen.

"Oxygen shortage is not noted as a cause of death in the medical records and most of the deaths were attributed to co-morbidities," the committee said, expressing disappointment at this utter "ignorance" by the government.

"The ministry, in coordination with the states, must audit the deaths due to oxygen shortage and enable robust documentation of the Covid deaths that will in fact generate the responsive and responsible sense of government and cautious formulation of policy and combat situational health care emergency," it said.