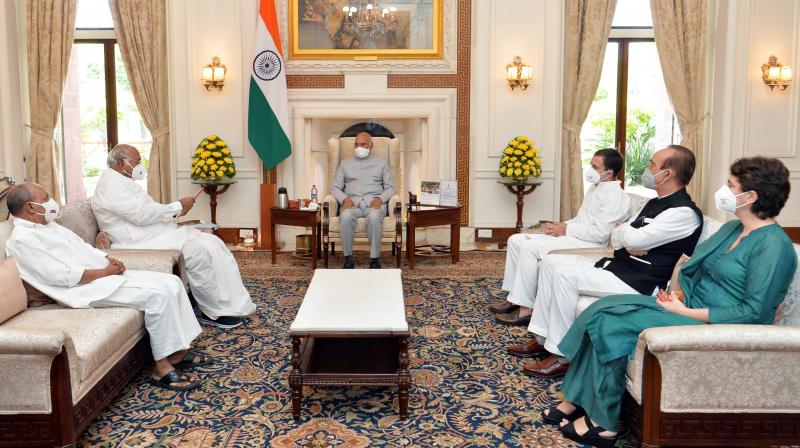 Sources said the delegation will meet the President on Wednesday at 11.30 AM. The party had written to him seeking time in this regard.

The Congress has been demanding the immediate dismissal of Union Minister of State for Home Ajay Mishra whose son Ashish has been named in the FIR and is accused of mowing down farmers in Lakhimpur Kheri on October 3, and strict action against the accused in the killing of farmers.

Ashish was arrested on Saturday by the Uttar Pradesh Police in connection with the violence, in which eight people, including four farmers, were killed

Terming the mowing down of farmers as a "shocking incident of broad day massacre", Venugopal had said it has shaken the conscience of the entire nation.

He said the Congress seek to present a detailed memorandum of facts on the Lakhimpur incident.

He lamented that despite all round protests and intervention of the Supreme Court, no decisive action has been taken either against the guilty or against the minister.