India   All India  13 Nov 2019  'Trust for Ram temple exists, no need for govt to form one': Ram Janmabhoomi Nyas
India, All India

'Trust for Ram temple exists, no need for govt to form one': Ram Janmabhoomi Nyas

It was demanded that Mahant Nritya Gopal Das be the president of the government trust. 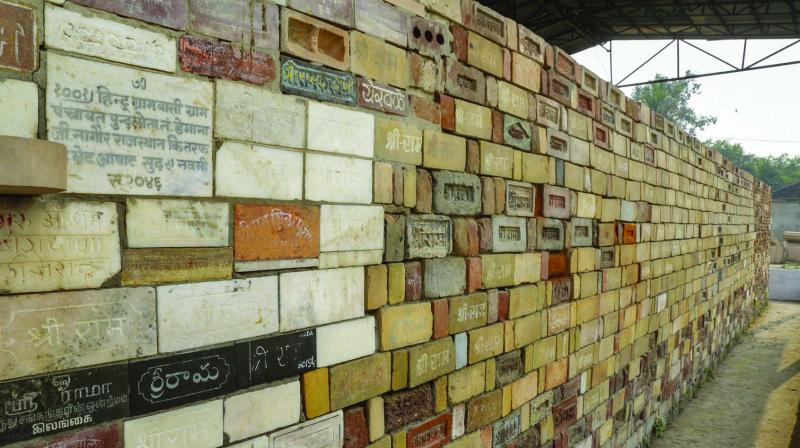 'The trust (Ram Janambhoomi Nyas) already exists. We can give a shape to it and new members can be added as per need,' he said. (Photo: File | PTI)

Ayodhya: There is no need for the government to set up a new trust for the Ram Temple as directed by the Supreme Court because the Ram Janmabhoomi Nyas already exists, its president Mahant Nritya Gopal Das said on Monday.

Ram Janambhoomi Nyas is an organisation run by the Vishwa Hindu Parishad (VHP).

Mahant Nritya Gopal Das said in a statement that there is no need of forming a new trust by the government.

"The trust (Ram Janambhoomi Nyas) already exists. We can give a shape to it and new members can be added as per need," he said.

Other seers associated with the Ram Temple movement expressed differing views on the establishment of the trust.

Mahant Suresh Das, chief of the Digambar Akhara , said that the apex court had clearly said that new trust was to be formed by the government.

"It is the responsibility of the Union government to set up the trust and not of the Ram Janambhoomi Nyas. But representatives of the nyas should be in the trust," he said.

Nirmohi Akhara chief Mahant Dinendra Das said the trust must be formed as per the directions of the court but expressed reservations over Akhara members joining it.

"Nirmohi Akhara is also a trust so the members will decide on whether or not to join the government trust," he said.

VHP's Triloki Nath Pandey, who represented the deity in the court, said, "The trust must be formed by the government and must have had the members from the government."

He demanded that Mahant Nritya Gopal Das be appointed the president of the government trust.

He said that the temple should be built according to the model proposed by the VHP and the stones prepared by the VHP be used in its construction. "The government after forming the trust must raise funds for the temple's construction from the Hindu community and government money should not be used for the fund " Pandey said.