India   All India  13 Nov 2019  With giant strides in self-reliance, DRDO set to galvanise the forces
India, All India

With giant strides in self-reliance, DRDO set to galvanise the forces 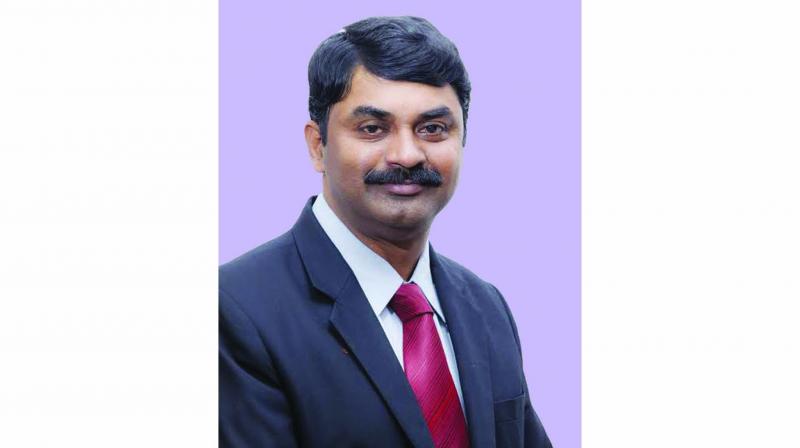 In August 2014, Prime Minister Narendra Modi sent out a strong message to Defence Research and Development Organisation (DRDO) by flaying it for what he referred to as harbouring the “chalta hai” (lackadaisical) attitude. He urged it to complete its projects before time to put India ahead in the world. With technology in defence sector changing fast, India is left behind because products that are “two steps ahead” come into the market “even before we conceptualise a system”, Mr Modi said.

Five years later in March 2019, the Prime Minister announced in a televised address to the nation that the anti-satellite (ASAT) missile test by Indian scientists had destroyed in a three-minute mission a decommissioned satellite nearly 300 km away. He commended India’s first test of such technology as a major breakthrough that establishes it as a space power and the fourth country to have used such an anti-satellite weapon after the United States, Russia and China. Termed as Mission Shakti (Power), the target of India’s first ASAT test by the DRDO on March 27 was a satellite in low earth orbit, which was hit with a kinetic kill vehicle.

India officially confirmed that the ASAT missile used in the test was a Ballistic Missile Defence interceptor and part of the Indian Ballistic Missile Defence Programme. The interceptor, a Prithvi Defence Vehicle (PDV) Mark-II, had a hit-to-kill capable kinetic kill vehicle. The 13 metres long three-stage missile was fitted with two solid-propellant rocket motor stages and the kill vehicle. DRDO chief G. Satheesh Reddy said that although some previously developed sub-technologies were used as a basis, the interceptor was a completely new missile capable of shooting down targets moving at a speed of 10 km per second at an altitude as high as 1,200 km. However, in order to minimise the threat of debris, the interception was performed against an object moving at 7.4 km per second at an altitude below 300 km. Dr Reddy said that the propulsive power of the interceptor missile can be increased to make it capable of targeting satellites at medium altitudes. The missile reportedly hit the satellite with an accuracy of less than 10 cm, which is comparable with the best reported performance of ASAT missiles. Some reports stated that the achieved accuracy was of a few centimetres. Dr Reddy also stated that the interceptor missile is capable of shooting down all the satellites present in Low Earth Orbit.

The 41st DRDO directors’ conference was held on October 15-16. Inaugurating the conference, defence minister Rajnath Singh said DRDO has made the defence forces of the country strong. He congratulated Dr Reddy and his staff for achieving a 100 days’ target and identifying milestones to commemorate 75 years of Independence as well as a roadmap for five years. He also urged the DRDO fraternity to imbibe the working ethos of former President A.P.J. Abdul Kalam and to aim for technologies that remain contemporary for the next 10-15 years.

Reiterating the “Make in India” motto, Mr Singh mentioned that the government is leaving no stone unturned in the areas of investment facilitation, skills enhancement, intellectual property protection and manufacturing infrastructure. Describing DRDO as the main centre for indigenous research and development, he expressed confidence in its likelihood of producing world-class weapon platforms and systems like combat vehicles, missiles, multi-barrel rocket launcher, unmanned aerial vehicle, radar, electronic warfare systems, combat aircraft, propellants and explosives now and in the near future.

Mr Doval appreciated DRDO for doing commendable work despite all challenges. He stated that the DRDO has a seminal role in making India technologically strong and that India should develop critical technologies indigenously.

General Rawat felt that DRDO has made major strides to ensure that needs of the services are met by providing various systems like artillery gun system, mines, anti-tank missile systems, and do on. He was confident that the future wars will be won with our indigenous systems.

Dr Reddy spoke about the successful development of many capability enhancing arms and equipment systems made by DRDO and added that for the first time, the theme for the 41st DRDO directors' conference is technology leadership for empowering India.

Two compendia, namely the DRDO-Industry Partnership: Synergy and Growth and DRDO Products with Potential for Export. DRDO Policy and Procedures for Transfer of Technology to support industry, were released and the new website of DRDO was launched. Dr Chitra Rajagopal, DG (Systems Analysis and Modelling) stated that DRDO is committed to equip our Armed Forces with internationally competitive systems so that they have a decisive edge in the battlefield.

Dr Mishra began his talk referring to a new initiative suggested by PM Modi that young scientists below the age of 35 years be given an opportunity to innovate and explore frontier areas and commended DRDO for setting up five young scientists’ laboratories working in five niche technology areas like artificial intelligence, quantum technologies, cognitive technologies, asymmetric technologies and smart materials. Dr Mishra then suggested three R’s, requirement, resources and relevance, as key factors in determining our country’s quest for advancement in emerging technologies.

At the Vibrant Goa Global Expo and Summit 2019, held at Goa University, Taleigao, Goa, between October 17 and 19, DRDO signed 30 licensing agreements for transfer of technology with 16 Indian companies, including three start-ups. This is a major boost of ToT to the defence industry for end use of the Armed Forces.

Indian Armed Forces are procuring ready-to-eat meals, survival ration and emergency flying ration products from companies that have acquired ToT from DRDO. While these products with high nutrition value and higher shelf life cater to the requirements of the Armed Forces deployed in inhospitable terrain, these technologies are also useful for the larger interest of society.

The list of weapons and equipment produced/successfully tested by DRDO since 2016 at least is long and impressive and has proved that where there is political will, sound direction and support from the government, DRDO can make India's armed and security forces stronger and better equipped.

What are DRDO’s outstanding achievements?

DRDO in the last six decades has achieved major successes in terms of technologies, products, processes and systems. For us, each one of these achievements is important because it has established maturity of technologies within the country and helped us in achieving self-reliance over a period of time. I would consider the missile programme as one of our key success areas.  Apart from that we have also developed various kinds of radars for different roles like surveillance, tracking etc. to provide inputs to weapon systems. A number of sonars have also been developed for Indian Navy. In addition, a lot of EW systems for land, air and sea have been developed for surveillance and counter-measures.  LCA Mk1, MBT Arjun, Multi-Barrel Rocket System-PINAKA, Ballistic Missile Defence (BMD) Programme and the recently conducted Anti-Satellite Missile (ASAT) programme have been our other major achievements. For most of these systems, we are one among 5-7 countries in the world to have developed such capabilities independently.

Many of DRDO’s achievements have proved to be good technology demonstrators, particularly in the field of missiles, but have they been produced in enough numbers?

We are following concurrent engineering to manufacture the missiles through our production partners. Therefore, all the missiles developed by DRDO have been realized with a significant contribution from the Indian Industries. It is important to note that the production order is governed by the procedures of the Defence Procurement Procedure (DPP) and quantities are produced in accordance with the requirements approved by the Government for defence products and systems. Our Industries have the capability to produce the numbers demanded by users based on DRDO technology.

What are the responses from Indian industry for Make in India? In the past, there have been many cases when defence PSUs have been nominated to produce a weapon system or some equipment. What is the present status?

The response from Indian Industries for “Make in India” has been phenomenal. We have been supporting the industries with our technologies in order to enable them to produce indigenous systems for the armed forces. We have been enabling Indian industries with R&D activities also. Defence PSUs have been traditionally nominated to produce weapon systems because required infrastructure for large scale integration was not available in private sectors till a few years ago. The integration requirements for weapon system are capital intensive; which was one of the deterrence for participation of private industries in these fields. However, with the ‘Make in India’ policy more and more private industries are willing to invest. I am optimistic about the weapon systems being produced by the private industries in the near future.

Which arms/equipment have been produced to counter terrorism and which of them have been/will be produced for Central Armed Police Forces and state police forces?

What are DRDO’s plans for the future?

DRDO has set a target for itself to achieve a complete self-reliance in terms of missiles, radars, sonars, torpedoes, armaments and EW systems. We intend to have no import for these systems in the next four to five years’ time. We are working on the cutting-edge technologies which will be required for futuristic weapon systems. We will be offering our technologies to industries for an early realization of products and also to support R&D facilities in the industries. We shall use indigenous resources to develop major platforms and weapon systems. We are also looking at creating a pool of researchers, in the academia, by carrying out joint research in areas of mutual interest. Our focus will also be to support Start-ups through Technology Development Fund (TDF). Time and cost management of all projects is another priority area for us. We have worked out our plans and roadmap for 2-3 years, 5 years and 10 years to achieve self-reliance for defence equipment.

There was criticism reported in the media about the Arjun Main Battle Tank and the Tejas Light Combat Aircraft. Would you like to share what was the work done on both these systems to make them acceptable to the users.

MBT Arjun is one of the most potent fighting platforms in its class. The inputs of the users have been consolidated and roadmap has been evolved to offer MBT Mk-IA. It has gone through the tests also.

LCA MK-I has been accepted in Indian Air Force and FOC (final operational clearance) was given during Aero India Show 2019. HAL is geared up to produce these aircrafts as per scheduled requirements.