A decision on the post of chief minister will be taken by this evening to enable the oath-taking soon. 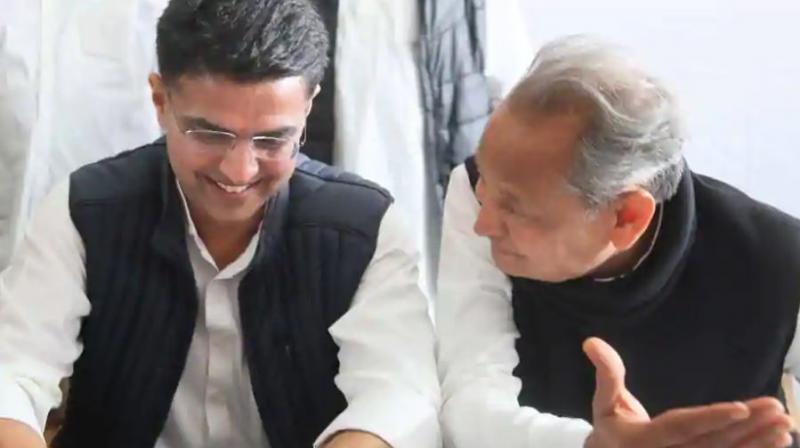 New Delhi/Jaipur: Amid the suspense of announcing the name of the next Rajasthan chief minister, Ashok Gehlot leads the race while the state party Chief Sachin Pilot is fighting his case and is putting stiff resistance, sources said.

State Congress chief Sachin Pilot and former Chief Minister Ashok Gehlot are contending for the post of Chief Minister and met party president Rahul Gandhi at his residence in Delhi on Thursday.

Rahul Gandhi met both Pilot and Gehlot seperately for 10-15 minutes, one representing the young face of the party and the other, the old guard.

Neither Gehlot nor Pilot talked to the media after the meeting with the party chief.

The Congress bagged 99 seats while the BJP won 73 seats in December 7 assembly election.

Sources also added that the Congress is working on a formula to have deputy chief minister for Rajasthan and Madhya Pradesh and discussions were underway.

Earlier on Thursday, Congress president Rahul Gandhi said that he is seeking feedback from MLAs and party workers for their choice of chief ministerial candidate in their respective states.

A decision on the post of the chief minister will be taken by Thursday evening to enable the oath-taking soon.

On Wednesday, the Congress staked claim to form the government in Rajasthan, even though it fell slightly short of the simple majority mark.