India   All India  13 Dec 2018  ‘Rahul bhai’ will hoist tricolour at Red Fort in near future: Navjot Sidhu
India, All India

‘Rahul bhai’ will hoist tricolour at Red Fort in near future: Navjot Sidhu

Sidhu said that victories for Congress were possible because of passion that Rahul has been able to instill among party workers. 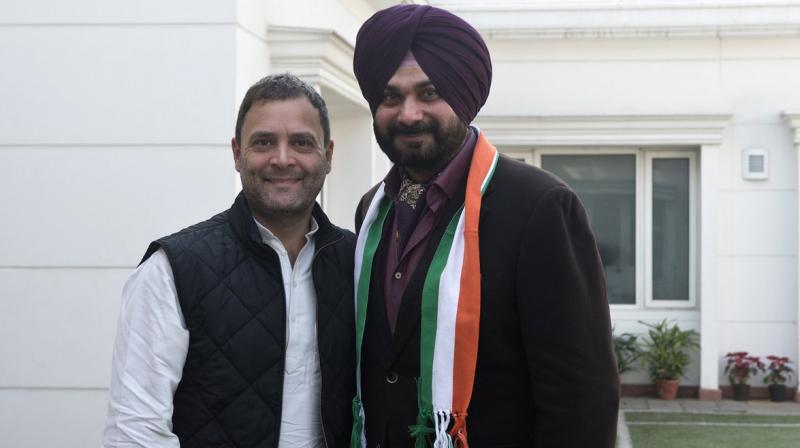 'After the Congress’ remarkable performance in the just-concluded Assembly polls, I am sure Rahul Bhai will hoist the tricolour at the Red Fort in near future,' Sidhu said. (Photo: File)

“Rahul Gandhi fought for the welfare of farmers, youth and the poor. The way the fragrance of fresh rain from the soil fills you with happiness and contentment, this victory has instilled a similar feeling among crores of Congress workers. While one victory can change the map, we have registered three. And we have conquered the BJP’s impregnable forts,” he said.

Indian Prime Minister on the Independence Day (August 15) every year unfurls the national flag at the historic Red Fort and the address the country. The new Prime Minister will hoist national flag next year as the Lok Sabha elections are scheduled to be completed during April-May next year.

Sidhu said that the victories for the Congress in three out of five states were possible because of the passion that Rahul Gandhi has been able to instil among the party workers. “All the workers were lauding him. Every worker on every street and in a neighbourhood is enthusiastic. I am sure that these three wins will change India’s fate, and fortune,” he added.

Replying to questions regarding his ‘strained’ relations with Punjab Chief Minister Captain Amarinder Singh, Sidhu said: “The matter was inflated and hyped up. A mountain was made from a molehill. There was no truth in all this. Sometimes, things are misinterpreted. Chief Minister Singh is my elder, and I won’t say much on this.”

Earlier on Wednesday the Tourism and Cultural Affairs Minister, on his return from New Delhi called on Chief Minister Captain Amarinder Singh at his official residence in Chandigarh. An official spokesperson of Punjab government confirmed that Sidhu enquired about the Chief Minister’s health and wished him a speedy recovery.