SC: What’s the big deal if Union Budget is on February 1?

The court also asked petitioner to show if there was any such provision in law that could back his plea against government’s decision. 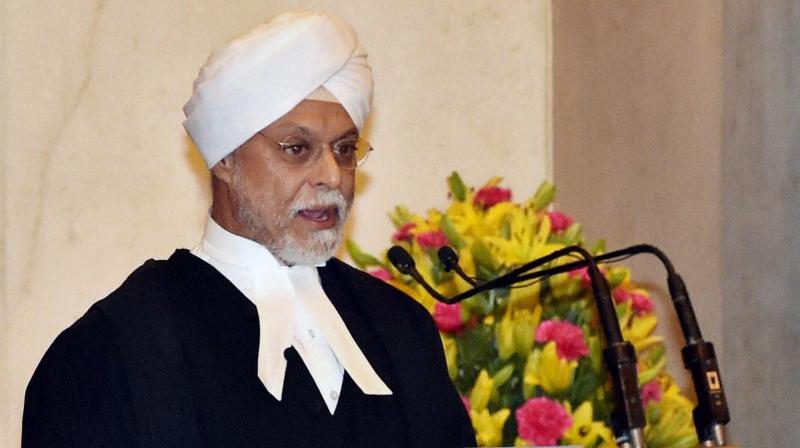 New Delhi: The Supreme Court on Friday said there was nothing in the law that could bar the Union government from advancing the date for the presentation of the annual Budget for 2017-18 from February 28 to February 1.

A bench of Chief Justice J.S. Khehar and Justice D.Y. Chandrachud asked the PIL petitioner, advocate M.L. Sharma, to show them the provision that could bar the Centre government from presenting the Budget on February 1.

The CJI told counsel, “We tried to find the provision but we did not get. You show us which provision of the law is violated, which provision of the Constitution is violated” by advancing the date of the presentation of the Budget. The CJI told the counsel “tentatively, we do not find any justification in what you are saying. Any way, we will give you one more opportunity. Come well prepared.” The court also asked the petitioner to show if there was any such provision in the law that could back his plea against the government’s decision.

The bench, however, gave Mr Sharma time till January 20 to look for a provision to back his plea for deferring the Budget till the last phase of polling to five state Assemblies is over. The petitioner said the Election Commission on January 4 had announced elections in five states between February 4 to March 8 for Goa, Punjab, Uttarakhand, Manipur and UP. The counting would take place on March 11.

He said with the formal announcement of the dates, the Model Code of Conduct comes into force and no policy announcements should be made. But the Modi government has proposed to go ahead with the Union budget on February 1.

Mr Sharma, in his petition urged the apex court to restrain the NDA government from presenting the Budget and cited para 16A of Election Symbols (Reservation and Allotment) Order, 1968, which empowers the commission to suspend or withdraw recognition of a recognised political party for its failure to observe the Model Code of Conduct.