India   All India  14 Jan 2019  No director of prosecution in CBI, govt seeks nominations from ministries
India, All India

No director of prosecution in CBI, govt seeks nominations from ministries

It is for the first time that the CBI is working without its regular chief and the Director of Prosecution. 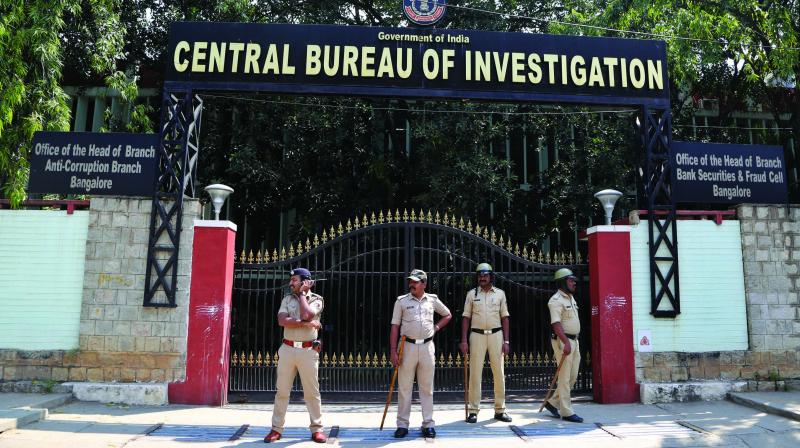 ‘Shortage of personnel at various levels in CBI is a perennial problem. The committee has expressed its concern on this on several occasions,’ has been said in a parliamentary committee report. (Photo: File)

New Delhi: The Centre has sought nominations from different ministries to expeditiously fill vacant post of the Director of Prosecution in the Central Bureau of Investigation (CBI), which is working without its regular chief following the ouster of Alok Verma, officials said on Monday.

O P Verma, who served as the Director of Prosecution, completed his term on December 23, they said.

The Director of Prosecution is a crucial post in the federal probe agency.

The incumbent, who works under the supervision and control of the CBI Director, renders legal opinion in all the cases probed by the agency, the officials said.

The Personnel Ministry has written to secretaries of all government departments for names of eligible and willing officers, not below the rank of Joint Secretary and eligible for appointment as Special Public Prosecutor, they said.

They have been asked to send the names by January 25 so that "an expeditious decision can be taken for filling the post of Director of Prosecution in CBI".

The selection of the Director of Prosecution is made on the recommendation of the Central Vigilance Commission.

It is for the first time that the CBI is working without its regular chief and the Director of Prosecution, the officials said.

A parliamentary committee has recently expressed concerns over vacant posts in the CBI and asked the government to take proactive steps to ensure that it does not remain under-staffed.

"Shortage of personnel at various levels in CBI is a perennial problem. The committee has expressed its concern on this on several occasions. Vacancy in any organisation, to a large extent, can be anticipated well in advance and proactive efforts should be initiated to complete necessary procedure to fill up the vacancies on time. The CBI seems to have failed in anticipating such a situation," the panel had said in its report tabled in Parliament earlier this month.

The CBI is working without a regular chief after the agency's Director Alok Verma was transferred from the top post in the probe agency.

Verma has since resigned. Verma and Special Director Rakesh Asthana were divested of their powers and sent on leave by the government in October for accusing each other of corruption and other irregularities.

Verma was later reinstated following a Supreme Court order only to be shunted out by a high-level panel headed by Prime Minister Narendra Modi.

He was transferred as Director General of Fire Services, Civil Defence and Home Guards.

The parliamentary committee observes that the level of vacant positions in executive ranks, law officers and technical officers is about 16 per cent, 28 per cent and 56 per cent respectively.

"At the top level, out of four posts of Special Director/Additional Director, three are lying vacant. The CBI, in their presentation, has stated that they are feeling the impact of vacancies due to rising burden of investigations. The committee is deeply concerned about the vacancies remaining unfilled in the CBI due to various reasons," it had said.

The panel noted that increasing number of cases are now being referred to the CBI pertaining to areas such as internal security, cybercrime, corruption, financial irregularities, and the country cannot afford to have its premier investigative agency understaffed and thus ill-prepared.

It asked the government to consider making terms of deputation to the CBI more rewarding in order to retain capable officers and to attract best officers from the state police forces, central paramilitary forces and the Intelligence Bureau, among others.