SC referred issue to a larger bench to decide whether Delhi govt or L-G should have jurisdiction over ‘Services’ in Delhi. 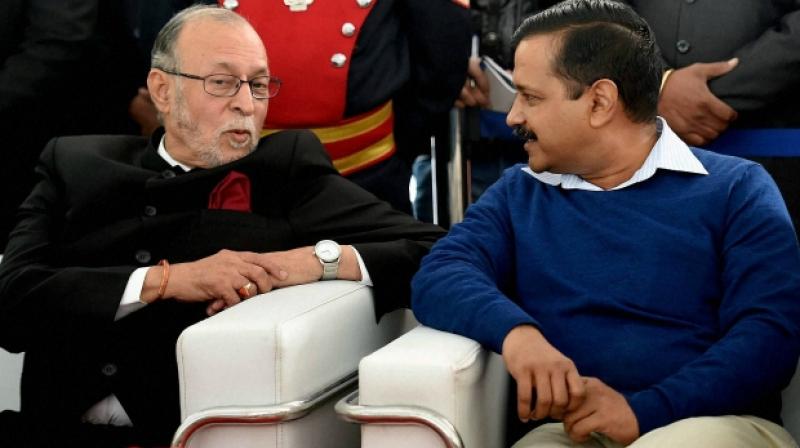 The top court ruled upon the issues as to who has control over services in Delhi administration, power to set up commission of inquiry and control over anti-corruption bureau. (Photo: PTI | File)

New Delhi: Amid the power tussle between the Centre and Delhi, the Supreme Court delivered its final judgement on Thursday on a bunch of petitions challenging notifications issued by Kejriwal government.

One of the two judges in the constitutional bench, Justice AK Sikri, said there is a difference of opinion on certain aspects between the two judges.

While reading out the judgement, Justice AK Sikri said transfers of posting of Joint Secretary and above officers will be in the domain of L-G while other officers fall under Delhi government. However, in case of difference of opinion, view of L-G Baijal will prevail.

Sikri added that anti-corruption bureau will be under Delhi’s L-G.

Supreme Court referred the issue to a larger bench to decide whether the Delhi government or Lieutenant Governor should have jurisdiction over ‘Services’ in Delhi.

The top court unanimously said that the Centre has the power to set up Inquiry Commission.

The top court ruled upon the issues as to who has control over services in Delhi administration, power to set up commission of inquiry and control over anti-corruption bureau.

Court also said that instead of the L-G, Delhi government will have the right to appoint public prosecutors or law officers.

AAP’s Delhi government and the BJP-led national coalition have been fighting pitched battles over sharing of power soon after Arvind Kejriwal returned as chief minister in 2015.

Kejriwal alleges that BJP-led government at Centre has since been exacting revenge, withdrawing its powers and blocking decision taken by the AAP government.