Fire breaks out in paper card factory in Delhi's Naraina

No causality was reported. The cause of the fire is yet to be ascertained. 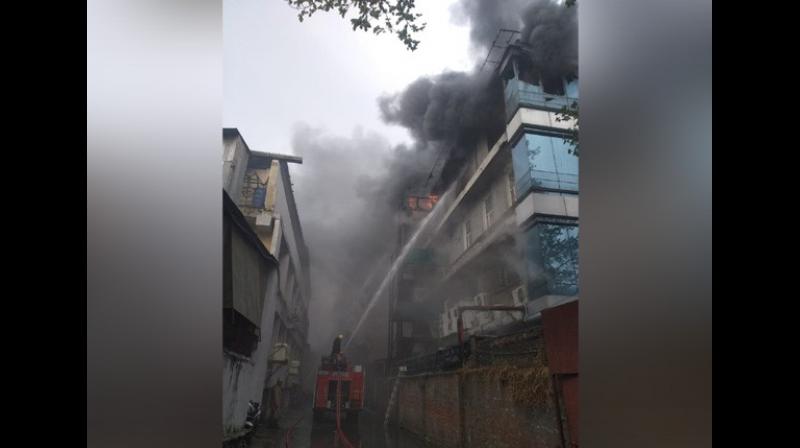 The fire that broke out in a paper card factory in Delhi's Naraina area on Thursday. (Photo: ANI)

A call was received at 7.10 am after which 29 fire tenders were rushed to the spot, a senior fire service officer said. No causality was reported. The cause of the fire is yet to be ascertained.

The fire has been raging and has spread to several top floors. According to the fire department, no casualty has been reported yet.

Manager of the factory Amarjeet Singh told ANI, "It was paper and greeting card factory by Archies. The fire took place in PBX board which later turned massive. The fire officials are at the spot and are trying to douse the flames."

This is the third such incident of fire within a span of five days.

On Wednesday, at least 250 huts were burnt in a massive fire in a slum in Paschim Puri area. The reason is said to be a short circuit. On Tuesday, a major fire broke out at Arpit Palace Hotel in central Delhi's Karol Bagh area which claimed 17 lives.