Kejriwal urged the people of Delhi to vote for the AAP in the upcoming Lok Sabha elections and make it victorious. 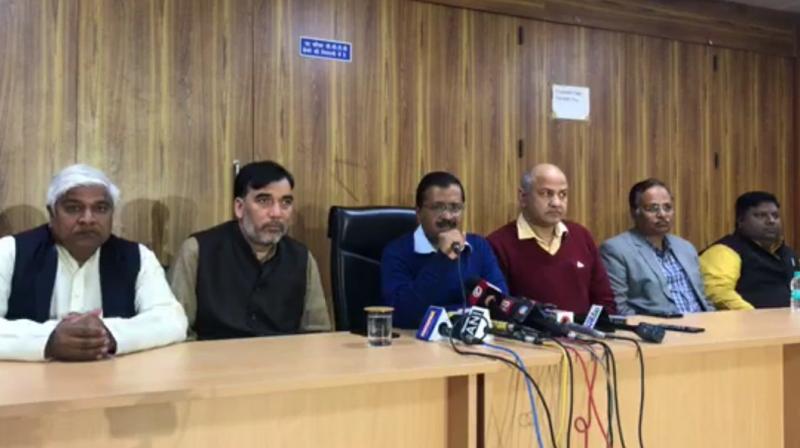 The chief minister alleged that the Centre was creating hurdles in the smooth functioning of the Delhi government. (Photo: AAP | Twitter)

New Delhi: Addressing a press conference after the Supreme Court verdict, Delhi chief minister Arvind Kejriwal said the verdict is in favour of the Centre in AAP versus Centre case and called it an injustice for all of Delhi.

Kejriwal questioned how the Delhi government was supposed to function without any powers.

“If a government can’t even transfer its officers, how is it supposed to function? The party that has 67 seats doesn’t have the rights but the party that won 3 seats has those rights,” he said.

Saying that it went against the tenets of democracy and is against the Constitution, Delhi CM said state government will seek legal remedies and will speak to its lawyers on whether to appeal against the judgment or not.

“What sort of democracy is this? Why is Delhi government not powerful? How can the opposition run the Anti-Corruption Branch (ACB)? How can the government function without power?,” he said.

The chief minister alleged that the Centre was creating hurdles in the smooth functioning of the Delhi government.

“Why does the chief minister and the duly elected government of Delhi have to sit on a 10-day dharna outside the L-G’s home to get files cleared?” AAP supremo said.

He urged the people of Delhi to vote for the AAP in the upcoming Lok Sabha elections and make it victorious.

On Thursday, a two-judge bench of the Supreme Court had given its verdict on the Aam Aadmi Party versus the Centre case gave control over the ACB to the Centre.

Apart from the ACB, the Supreme Court also gave the power to institute commissions of enquiry to the Centre.