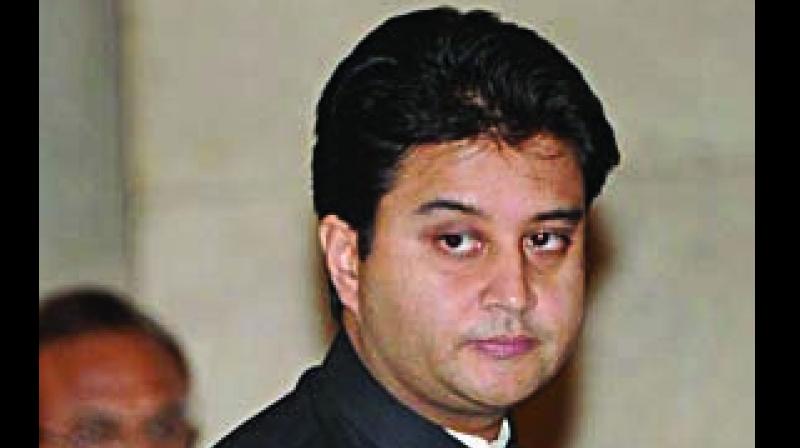 Bhopal: Describing the decimation of the Congress in the Delhi Assembly elections as ‘very disappointing’, All India Congress Committee (AICC) general secretary Jyotiraditya Scindia Thursday felt the urgency for “reinventing the Congress with a ‘new ideology, new thinking and new style of functioning’”.

Talking to reporters at Prithvipur in Tikamgarh district of the Bundelkhand region in Madhya Pradesh, Mr Scindia said, “The results of the Delhi elections for the party are very disappointing. The party needs to reinvent itself with new thinking, new ideology and a new way of functioning”.

“The country has changed. The Congress has to reinvent itself accordingly. In the new era, we have to go to the people with new thinking,” he said.

Mr Scindia, who lost the last Lok Sabha elections from his family bastion of Guna in Madhya Pradesh, has several times in the past broached the idea of overhauling the Congress completely to make the party relevant to a fast-changing India.

Incidentally, Congress spokesperson and daughter of former President Pranab Mukherjee, Sarmishta, has earlier echoed similar sentiments. “We are again decimated in Delhi. Enough of introspection. Time for action now. Inordinate delay in decision making at the top, lack of strategy and unity at the state level, demotivated workers, no grassroots’ connect- all are factors,” she said in a tweet Tuesday, when results of the Delhi polls were announced.