China has arrived before time: Rawat calls for military modernisation 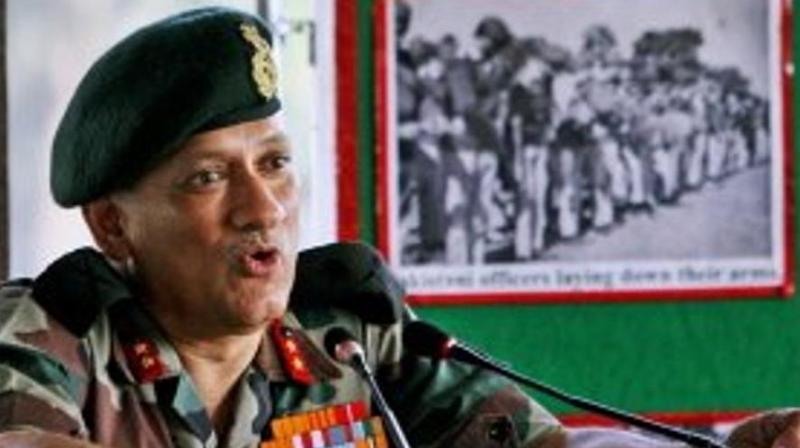 Rawat said the world looks at India as a country that can balance the rise of China in the region as it was showing its 'assertiveness'. (Photo: PTI/File)

"They have arrived well before the intended time than we had thought they would arrive," Rawat said at an event organised by the Vivekanand India Foundation.

Today, China is the second largest economy in the world.

"While China ensured that their economy must rise, they did not forget the rise of their military power. They ensured that while their economy was developing the military power must rise simultaneously and that is why they are strong today in the international world order challenging the might of the United States of America, which was until now the sole security provider," he said.

Rawat said the world looks at India as a country that can balance the rise of China in the region as it was showing its "assertiveness".

Rawat also said strong economic growth is only possible with a strong defence.

"We cannot become the net security provider if the economy does not keep pace with the changes," Rawat said.

The Army told a parliamentary panel that the funds allocated to it in the defence budget for the next fiscal is insufficient to deal with various security challenges facing the country including from a more assertive China along the northern border and from a hostile Pakistan on the western frontier.

Both China as well as Pakistan were carrying out modernisation of their defence forces in "full swing".

Rawat's comments were in response to a question in this regard.

To step up defence production within the country, India is looking at collaborating with other nations, he said.

Rawat added that the Request for Information (RFI) has been issued for nine types of very high quality ammunition so that they can be manufactured in our country with transfer of technology.