THE ASIAN AGE. | N B HOMBAL 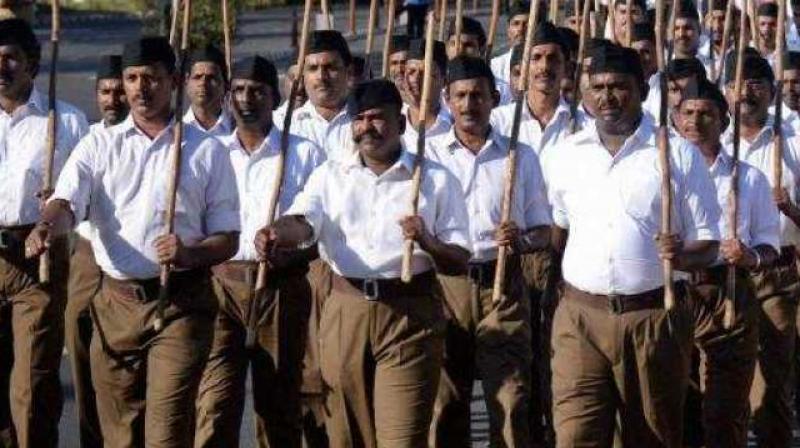 The annual meeting of RSS's highest decision-making body was to be held in Bengaluru from March 15-17. (PTI)

The annual meeting of the Akhil Bharatiya Pratinidhi Sabha (ABPS) was to be held in Bengaluru from March 15-17 to decide on the organisation's future course of action.

Speaking to reporters before the cancellation of the event, Akhil Bharatiya Prachar Pramukh, Arun Kumar had implied that though the RSS hasn't finalised it's agenda yet but issues like taking a stand or explaining importance of CAA was sure to come up.

However, it was later announced in a statement by Joshi that the event is cancelled due to the recent developments around coronavirus outbreak in the country.

In view of the seriousness of the pandemic Covid-19 and in the light of instructions and advisories issued by the Union and the state governments, the Akhil Bharatiya Pratinidhi Sabha (ABPS) meeting scheduled in Bangaluru has been suspended
- Suresh Bhaiyyaji Joshi

"All RSS workers should cooperate with administration to create awareness among public and to face this challenge successfully," Joshi said in the statement.