The shocking rape of a Class 5 girl in Nagaon last month, also had two minors in the gang of three culprits. 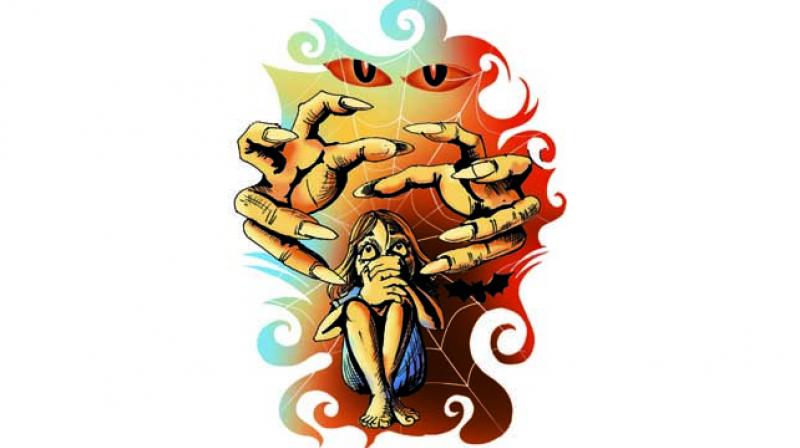 Guwahati: The increase in juvenile crime has become one of the major areas of concern for Assam police, which has embarked upon a multi-pronged strategy to check it.

Crimes records from 2010 to 2018 show that number of minor criminals are on the rise. During this period, there has been a rise of about 10 per cent in the involvement of juveniles in crimes.

And the biggest victims of this growing trend of minor offenders are proving to be minors — some as young and innocent as five years and below.

The shocking rape of a Class 5 girl in Nagaon last month, also had two minors in the gang of three culprits.

Socio-economic profile of juveniles offenders booked under both IPC and special and local laws indicates that 90 per cent of them have not even completed their matriculation.

Ninety per cent of the juvenile offenders come from families that earn an annual income of less than Rs 1 lakh, more than half of these hail from households that earn just Rs 25,000 annually, records show.

The CID of Assam police has initiated several measures to fight this menace by holding awareness programmes in schools and colleges in collaboration with NGOs but child rights activists stress the need of a holistic approach to reverse this trend of involvement of teenagers in crime.

Giving out details of the growing number of rape cases in the state, Assam Police said that 10 per cent of the rape victims between 2010 and 2018 were found to be minors — which again brings into focus the safety of a girl child in the state.

Manisha Dev Barman, a researcher in human behaviour and allied sciences, pointed out, “The growing number of juvenile criminals is indeed a disturbing trend. It is indicative of lack of proper sex education in schools. Studies have already established that children who are inclined to be abusive are often from dysfunctional homes, exposed to either physical or sexual abuse and could be in an environment of drug and alcohol abuse.”

In a bid to curb this trend the Assam government has started formulating a new law to ensure stringent action against crimes against women.

Assam chief minister Sarbananda Sonowal made this announcement while asserting, “The state government has a zero tolerance policy on crimes against women. We shall not allow any criminal to go free and ensure quick justice for the victims.” He went on saying, “It is a big challenge and we all must work together. Swami Vivekananda had said that unless women are safe, the society cannot be safe.”