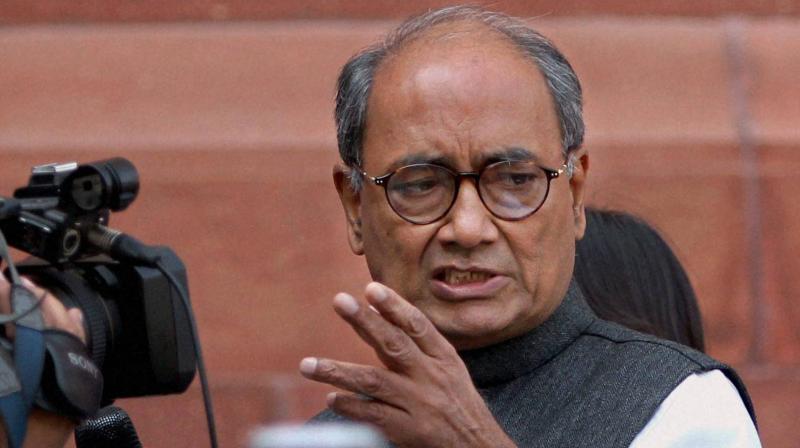 Bhopal: Treasurer of Madhya Pradesh unit of Congress Govind Goyal, considered a loyalist of former chief minister and party’s nominee for Bhopal Lok Sabha seat Digvijaya Singh, on Sunday created a ripple in political circles by attending an event of the BJP.

Mr Goyal was seen celebrating birth anniversary of B.R. Ambedkar along with BJP leaders taking Congress leaders by surprise. He however asked the reporters not to read between lines over the development.

“Ambedkar ji is pride of India and a respectable figure for all the leaders. Hence, there is nothing unusual in celebrating his birth anniversary in the company of BJP leaders”, Mr Goyal who was said to be sulking over his denial of Congress ticket from Bhopal said.

Mr Goyal had also earlier dropped in residence of former CM and BJP national Vice-President Shivraj Singh Chouhan and former minister Viswas Sarang triggering speculations that he might switch over to BJP soon.

“A major decision will be taken in a day or two regarding Mr Goyal”, state BJP vice-president Rameswar Sharma who was also present on the occasion hosted by the party hinted.