Karnataka directs companies not to layoff workers amid Covid19 crisis

Employees would be paid wages on the due date without any deduction during this period, the labour minister tweeted 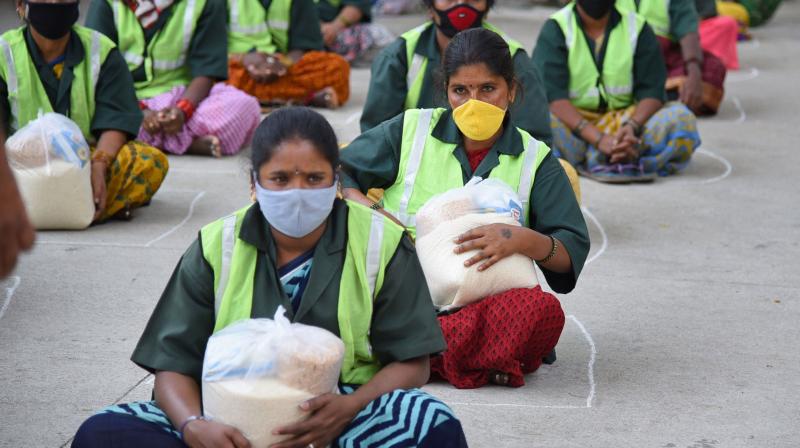 Municipal workers wait with their ration packets at safe distances during the nationwide lockdown imposed in the wake of novel coronavirus pandemic, in Bengaluru. PTI Photo

Bengaluru: The Karnataka labour department has directed private sector employers in the state not to lay off workers and pay them wages on the due date without any deduction during the lock down.

"The labour department has issued a circular directing the private sector employers to abstain from layoffs or unpaid leaves during this countrywide lockdown. Employees would be paid wages on the due date without any deduction during this period," Labour Minister Shivaram Hebbar tweeted last night.

During COVID-19 emergency situation , employers of all public/private organisations should not layoff their employees, especially casual or contract workers and their wages should not be cut, the order said.

If any employee has taken leave during this period, they should be considered to be on duty without any effective cut in their salaries.

"On not being able to function at work place due to COVID-19, such working unit employees should be considered as on duty," it said.

The order said any violation would be punishable under the Disaster Management Act, 2005.

A helpline will be set up within 48 hours in this regard, it said.