Lot of talk, where is the roadmap: Congress asks PM Modi

Poor left to fend for themselves: Chidambaram after PM speech on lockdown extension 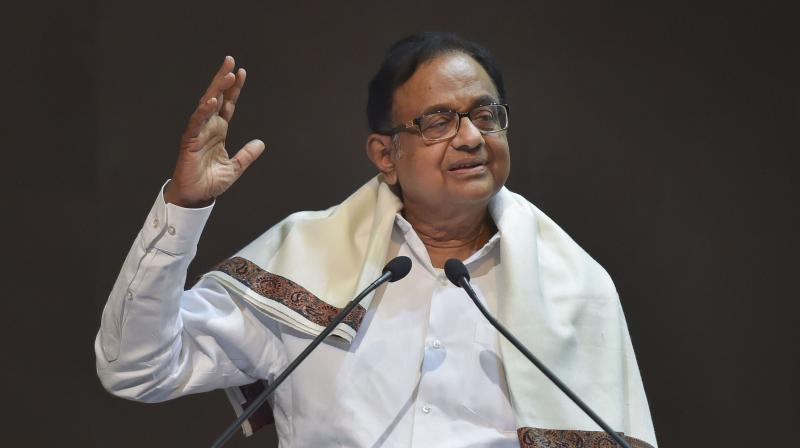 New Delhi: The Congress on Tuesday termed as rhetoric and hollow on specifics the prime minister's address to the nation, saying there was no mention of a financial package or concrete steps to revive the economy.

He said leadership does not mean making people realise their responsibilities but to fulfil the government's duty of accountability towards the people of the country.

"A lot of talk has taken place. But, where is the roadmap to fight corona," he asked.

Senior Congress leader P Chidambaram said, "The poor have been left to fend for themselves for 21+19 days, including practically soliciting food. There is money, there is food, but the government will not release either money or food. Cry, my beloved country," he said on Twitter.

Prime Minister Narendra Modi on Tuesday announced that the lockdown across the country will be extended till May 3 to fight the coronavirus pandemic, saying the measure has produced a significant outcome in containing the infection.

Congress spokesperson Abhishek Singhvi said the PM's address was like Hamlet without the Prince of Denmark.

"Amazing PM address. Exhortation, rhetoric, inspiration.....yet hollow on specifics! No financial package, no details, no concrete item. Neither for poor nor middle class nor industry nor businesses. Lockdown is good but cannot be end in itself! Where is single livelihood issue," he asked.

He said the PM be assured that all stakeholders will do their duties and will strictly observe lockdown.

"After this: should we pray? We want concrete palliatives for these deprived classes and even for middle india  and MSMEs," he said.

"Pm address wo single specific and without guidelines is like Hamlet without Prince of Denmark. Like PM without details! We want increased GDP allocation; specific targeted monetary injections; Keynesian spending; loosen FMRB etc. not a single word!," he tweeted.

Chidambaram also said that he welcomed the lockdown and understands the reason for its extension.

He, however, said the CMs' demand for money elicited no response.

"Not a rupee has been added to the miserly package of March 25, 2020. From Raghuram Rajan to Jean Dreze, from Prabhat Patnaik to Abhijit Banerji, their advice has fallen on deaf years," the former finance minister said.

While supporting the PM's announcement of extending the lockdown, Congress leader Shashi Tharoor said the PM should have also announced serious relief for those who cannot make ends meet.

"I support the announcement by @PMOIndia @narendraModi of Lockdown extension. Can't discard the gains being made," Tharoor tweeted.

"But he should have also announced serious relief for those who cannot make ends meet. MNREGA payments, JanDhan accounts, GST dues to states and aid to sweeten the pill," the MP from Thiruvananthapuram said.