In these testing times, the action lies as much with the communities as with the authorities and the health workforce 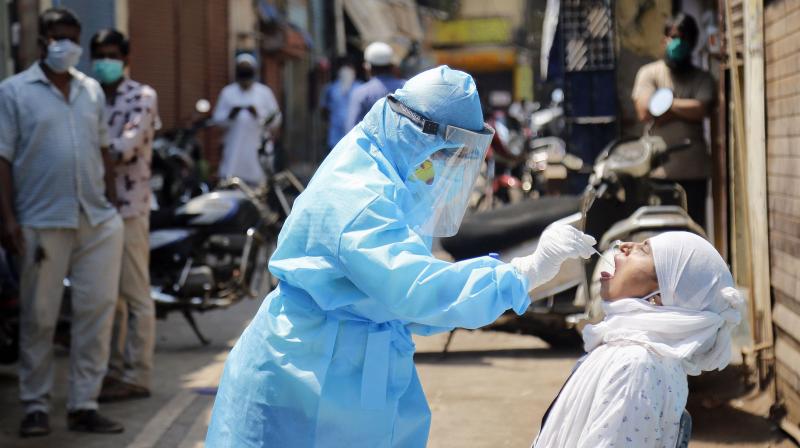 A medic collects swab from the mouth of a woman resident for COVID-19 test in a containment zone at Kurla, Mumbai. PTI photo

New Delhi: The World Health Organization on Tuesday lauded "India's tough and timely actions" against the coronavirus spread as Prime Minister Narendra Modi announced the extension of current lockdown till May 3.

"It may be early to talk about results in numbers, but a six-week nationwide lockdown to facilitate effective physical distancing, coupled with the expansion of core public health measures such as detection, isolation and tracing contact of coronavirus positive people, would go a long way in arresting the virus spread," said WHO's South-East Asia Regional Director, Dr Poonam Khetrapal Singh.

"Despite huge and multiple challenges, India has been demonstrating unwavering commitment in its fight against the pandemic," she said.

"In these testing times, the action lies as much with the communities as with the authorities and the health workforce," she added.

"It is indeed time for each and every one to contribute their best and together to beat the virus," Dr Singh said.

The prime minister said a detailed guideline on the implementation of the new lockdown will be announced on Wednesday.

According the Union Health Ministry figures, a total of 339 people have died of COVIOD-19 till date in the country, while the number of infected cases has soared to 10,363 on Tuesday.

A PTI tally of figures reported by various states as on Monday evening, however, showed at least 346 deaths.