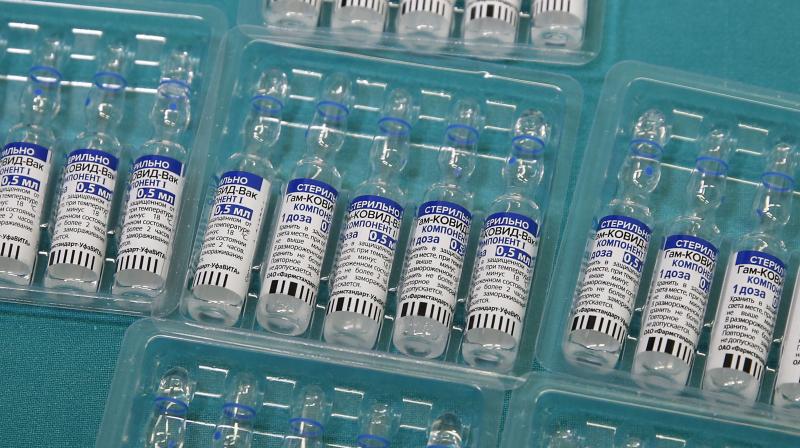 New Delhi: In a major step to improve vaccine coverage in India, the government on Tuesday announced its decision to fast-track emergency approval for all foreign-produced Covid-19 vaccines that have been approved for use in certain other countries, like the United States and European Union member states. The first 100 beneficiaries of such foreign vaccines shall be assessed for seven days for safety outcomes before these are rolled out for further immunisation programmes within the country.

The Union health ministry said the plan is to add these jabs to the existing basket of vaccines for domestic use and increase the pace and coverage of vaccination. India as of now is using Covishield (which is known in other countries as the Oxford-AstraZeneca vaccine) and the locally made Covaxin for vaccinations, while Russian shots of Sputnik V were given formal approval on Tuesday morning after recommendation from the subject experts committee of the Drugs Controller General of India. The SEC noted that the safety and immunogenicity data presented by applicant Dr Reddy’s from the Indian study was comparable with that of the Phase III clinical trial interim data from Russia. The vaccine is indicated for active immunisation to prevent Covid-19 disease in individuals of over 18 years of age. The vaccine should be administered intramuscularly in two doses of 0.5 ml each with an interval of 21 days. The pricing of the vaccine is yet to finalised. The first doses of Sputnik V are expected to be available through direct import by the end of April.

“The matter of augmenting the ‘basket of vaccines’ available for fighting the pandemic as well as to accelerate the pace and coverage of domestic vaccination programme was discussed at the 23rd meeting of the National Expert Group on Vaccine Administration for Covid-19 held on 11th April 2021, chaired by Dr V.K. Paul, Niti Aayog member (health). The NEGVAC recommended that vaccines for Covid-19, which have been developed and are being manufactured in foreign countries and which have been granted emergency approval for restricted use by USFDA, EMA, UK MHRA, PMDA Japan or which are listed in WHO (Emergency Use Listing) may be granted emergency use approval in India, mandating the requirement of post-approval parallel bridging clinical trial in place of conduct of local clinical trial as per the provisions prescribed under Second Schedule of the New Drugs and Clinical Trials Rules 2019,” the health ministry said in a statement.

Officials said this move will facilitate quicker access to foreign vaccines by India and would encourage imports, including import of bulk drug material, optimal utilisation of domestic fill and finish capacity etc, which will in turn provide a fillip to vaccine manufacturing capacity and total vaccine availability for domestic consumption.

ICMR chief Balram Bhargawa said the vaccines are disease modifying and have shown 85 per cent reduction in hospitalisation after the shots. The government said there was no shortage of vaccines and Remdesivir injections in the country as of now and over 1.67 crore vaccine doses are still available with the states and UTs. The Centre said the problem is not of vaccine shortage but of better planning. Union health secretary Rajesh Bhushan said so far states and UTs have received 13,10,90,370 vaccine doses, out of which the total consumption, including wastage, has been 11,43,69,677.

“As per 11 am data, the unutilised doses available with states and Union territories for administration is 1,67,20,693. From now till end-April, 2,01,22,960 doses are in the supply pipeline to states and UTs. This clearly shows the problem is of lack of better planning, not of vaccine doses’ shortage. We have made available vaccine doses to states and UTs from time to time, and as we told you earlier, that to bigger states we give supply of four days at once and on the fourth and fifth day we replenish the supply. For smaller states, at once we supply 7-8 days vaccine doses and on the seventh or eighth day their supply is replenished,” he said.

Mr Bhushan said Kerala has zero wastage of vaccine doses while there are states which are registering 8-9 per cent wastage.
Talking about the overall Covid-19 situation in the country, Mr Bhushan said India had already crossed the previous highest surge and the present trend is going upwards, which is a “cause for worry”. India on Tuesday had about 1.62 lakh new cases 879 deaths.

“The previous highest surge was 94,372 daily cases in September, which is now 1,61,736 every day. There are 53 Central teams which are camping in 53 districts of the country which are showing a surge in cases, and these Central teams are helping the district administration as well the state administration, particularly the health department and revenue officials, in tackling the pandemic,” he said. The daily deaths too are showing an increasing trend. Maharashtra, Uttar Pradesh, Delhi, Haryana and Gujarat are among the major states of concern.

Delhi on Tuesday had a record 13,500 new cases, which is the highest so far. The Delhi government urged the CBSE to postpone its Class 10 and Class 12 board exams in view of the high cases.

“In the last 24 hours, the city saw a surge of 13,500 fresh Covid cases. At the peak of the third Covid wave in November, Delhi had seen the biggest single-day surge of 8,500 cases. The fourth wave, as we all know, is much more dangerous. Youth and children are getting affected amid the fourth wave. I urge all of you to step out of your homes only if it is absolutely necessary, and all those above 45 to get vaccinated,” Delhi chief minister Arvind Kejriwal said.