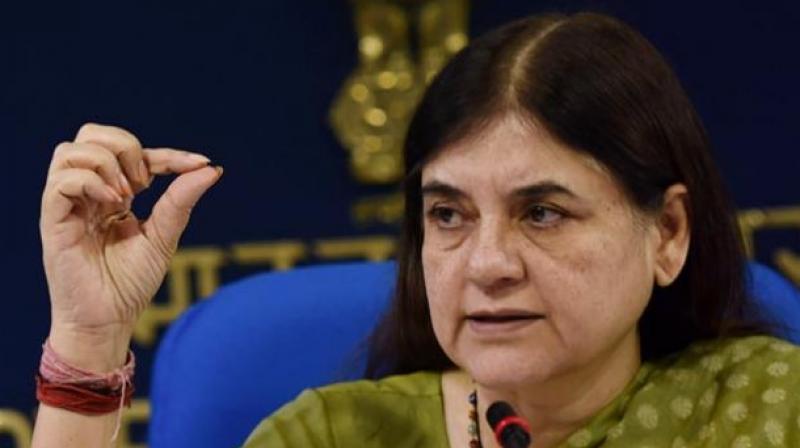 I firmly believe that such children need to be looked after by the government as they have no other means to live so that they are able to lead a life of dignity, Maneka Gandhi said. (Photo: PTI)

New Delhi: Union Minister Maneka Gandhi wants special homes to be set up for children with permanent disabilities, saying child care institutions are "unable to provide" sustained and permanent care to them.

In a letter to the Union Social Justice and Empowerment Minister Thaawarchand Gehlot, she urged him to set up special homes for such children in states, which could be run by NGOs under the supervision of local child welfare committees.

She suggested that while smaller states would require one or two centres, larger states like Uttar Pradesh, Bihar, Rajasthan, Maharashtra and West Bengal would need more number of such centres.

Referring to her visit to some children homes where she met children with various disabilities like multiple sclerosis staying with other children, Gandhi said even though these institutions had separate areas marked for disabled children, they are not able to cope up with the special requirements which these children have.

Most of these institutions operate as transition centres where either they are reunited with their families or get adopted by families under the extant laws, Gandhi said in her letter.

"However, a number of children with disabilities like cleft palate or hole in the heart or those suffering from multiple-sclerosis need special, sustained and permanent care which these child care institutions are unable to provide," she said.

"I firmly believe that such children need to be looked after by the government as they have no other means to live so that they are able to lead a life of dignity," she said in the letter.