India   All India  14 May 2018  Bihar women's sleeves snipped off in 'public view' before exam as disciplinary step
India, All India

The footage of the incident was flashed on regional news channels, sparking outrage by local people and the parents of the women. 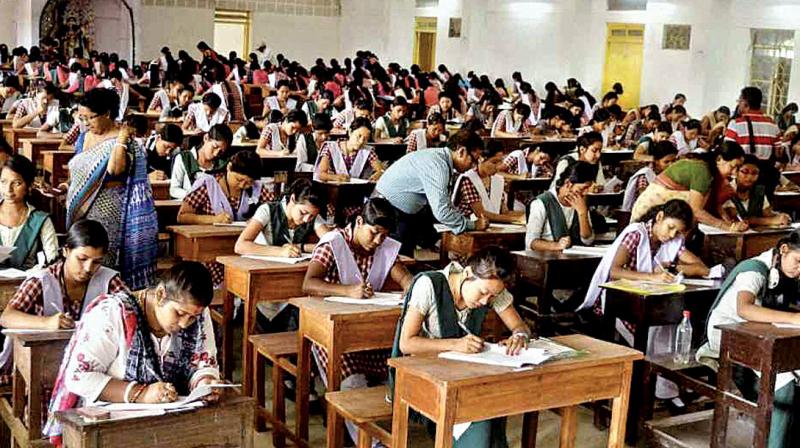 The female candidates, who enrolled for the nursing entrance exam of Bihar Combined Entrance Competitive Examination Board or BCECEB, were advised against wearing full-sleeved dresses. (Representational Image)

Patna: Women appearing for a competitive exam in Bihar's Muzaffarpur district were in for a shock when the invigilators snipped off the sleeves of their dresses in "full public view" as a disciplinary measure, an official said on Sunday.

The footage of Saturday's incident was flashed on regional news channels, sparking outrage by local people and the parents of the women, he said.

The female candidates, who enrolled for the nursing entrance exam of Bihar Combined Entrance Competitive Examination Board (BCECEB), were advised against wearing full-sleeved dresses, but some of them failed to adhere to the norm, District Education Officer Lalan Prasad Singh said.

"The footage showed that the staff members of the examination centre at a public school were cutting off the sleeves of candidates with scissors and blades. The education department conducted an inquiry into the incident and barred the school from holding competitive exams in future," Singh said.

"The intention of the exercise was not questionable and care was taken to involve only female staff, but the problem was that the candidates were made to resize the sleeves in full public view," he said.

"The school, where the exam was held, has been blacklisted and it would no longer be entrusted with the duty of holding exams in the future. The official who served as exam superintendent has also been debarred for life," he added.

The BCECEB conducts exams across the state every year for admission in various professional courses of medical, engineering and agriculture streams.