India   All India  14 May 2018  Communal missiles have backfired!
India, All India

An average Indian is in no mood to ignore these and/or aggravate his economic plight by being provoked to stage of communal riots. 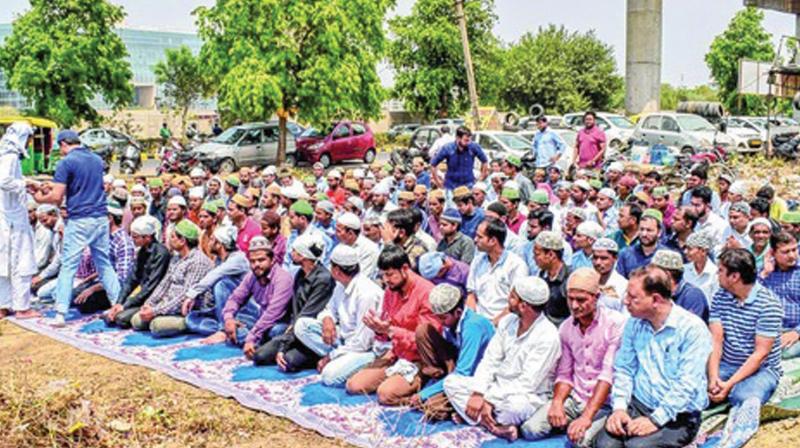 Yes, the right-winged, extremist elements are once again in news for destructive communal bias displayed by them. One is forced to contemplate on what is possibly their key agenda. Would it be fair to assume that issues they have raised suddenly are really their key motive? Each issue, which has suddenly surfaced, is in general linked with Hindutva drive of the right-winged, extremist elements. In addition, their electoral importance has not been sidelined. This aspect suggests that communal frenzy being displayed by these elements in essence is a part of their “electoral” campaign. There is certainly some degree of credibility in understanding these designs of right-winged elements from this angle.

Communal designs, of late, appear to have failed in emotionally arousing people in general. Rather, most have reacted in an extremely matured manner. Let us accept it, these extremists need to come to terms with the fact that provoking communal riots easily and instantly to the stage of warfare taking place among common people across the country is now practically history. This is marked by notable difference in nature of communal crises, which took place several decades ago and the ones taking place now. Now, there is no doubt about extremist elements — linked with saffron brigade — being in the forefront in attempts to provoke communal destruction. They do not represent a notable percentage of the population.

Interestingly, aggressive communalism remains primarily confined to elements trying to target minority groups and/or institutions. What is worth taking note of that in recent incidents, the communal missiles fired by them appear to have backfired. This is proved by several factors. Rather than remain quiet observers and/or turn their back towards these communal attempts, secular Indians, including majority and minority religious communities, have reacted strongly against their communal designs. Condemning them strongly, they have plainly criticised their stand against communal moves. Of perhaps greater significance is the fact that their criticism has not been ignored by communication, including the media, at practically all levels.

Ironically, in addition to the media giving substantial coverage to criticism levied against communal bias displayed by extremist elements, the common Indian has also not spared them. A rudimentary survey, based on direct interaction, reveals that the average Indian is fairly well aware of the recent anti-minority communal incidents being linked with electoral agenda of the right-winged groups engaged in the same. The common Indian, belonging to majority community, has also expressed reservations against the sudden “opposition” displayed about Muslims reading namaz in “public places”. In his opinion, there is nothing “wrong” with Muslims gathering together for namaz only twice a year for Id and weekly on Fridays. And if the concerned authorities have any objections, they should allot places and/or construct mosques for them to read their namaz. They should not obstruct and/or prevent this religious practise of Muslims.

Undeniably, many Indian elites, including Muslims and non-Muslims, have strongly opposed objections voiced about Muslims reading namaz in public places. However, these do not represent majority of Indians. Nor can they be held as representative of Indians at the grassroots and/or common Indians. Besides, it is not the first time that they have raised their voices against communal behaviour of extremists. However, the same cannot be said about semi-literate, illiterate Indians belonging to lower classes. Not only have they questioned the state government’s stand regarding namaz but have also pointed to lack of mosques in the area. Also, as mentioned, some have viewed namaz issue and the recent communal incidents as a political design to deliberately spread communal tension.

India has certainly come a long way. Nevertheless, it has been fairly stunning to learn common Indians’ stand against attempts being made to target minorities. There is yet another angle to stand displayed by common Indians against extremist elements’ designs to incite social tension to perhaps the point of provoking communal riots. The average Indian, it appears, is not willing to be fooled to reach this stage. In his opinion, these attempts are being deliberately made to provoke communal crisis for the sake of electoral gains. If elections, particularly parliamentary polls, were not forthcoming, the right-winged groups would not have suddenly started displaying their communal colours over several issues at around the same time as they are doing so now. And this is a common Indian’s view.

Clearly, if certain leaders thought they’d succeed in polarising Indian community by touching religious nerve of the people, they have erred. Human chain formed in Aligarh with people from different religions carries the same message. The same may be said about the support voiced for Muslims over namaz issue. Most people are not oblivious of political game being played by right-winged elements. Though religious issues are being given a communal colour, extremists’ key agenda is not “religious”. Their primary purpose is to divert people’s attention from economic problems afflicting them. Even common Indians have seen through this politico-communal gameplan. An average Indian is in no mood to ignore these and/or aggravate his economic plight by being provoked to stage of communal riots. And this carries only one message, which hopefully is understood by right-winged elements that their communal missiles, at this stage, have backfired!