India   All India  14 May 2018  PM Modi to visit Russia on May 21 for informal summit with Vladimir Putin
India, All India

MEA said that both the leaders will discuss their respective national developmental priorities and bilateral matters. 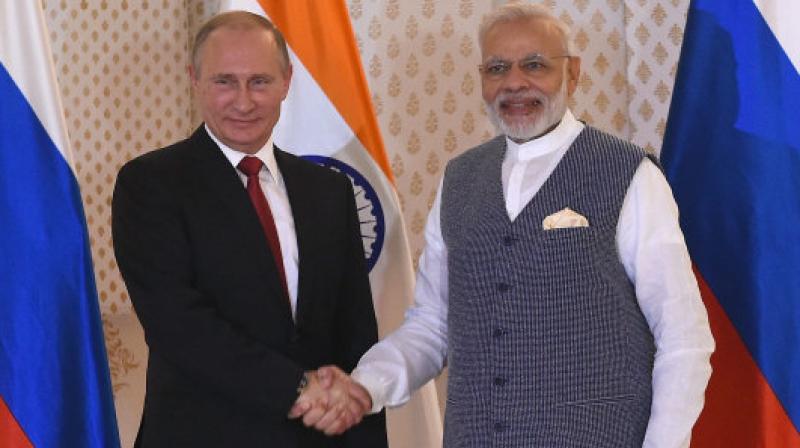 Prime Minister Narendra Modi will travel to Russia on May 21 for an informal summit with Russian President Vladimir Putin. (Photo: File/AFP)

New Delhi: Prime Minister Narendra Modi will travel to Russia on May 21 for an informal summit with Russian President Vladimir Putin, the Ministry of External Affairs (MEA) announced on Monday.

The informal summit will be held in Russian city of Sochi.

"This will be an important occasion for the two leaders to exchange views on international matters in a broad and long-term perspective with the objective of further strengthening our Special and Privileged Strategic partnership," the MEA said in a statement.

It said both the leaders will also discuss their respective national developmental priorities and bilateral matters.

"This informal Summit in Sochi between Prime Minister Modi and President Putin is in keeping with the tradition of regular consultations between India and Russia at the highest levels," the MEA said.

In April 2017, Modi had travelled to Chinese city of Wuhan for an informal summit with President Xi Jingping.