Prasar Bharati set to shed staff in DD and AIR?

The board meeting on Monday is also likely to reconsider I&B ministry’s direction to stop e-auction for channels available on DD Free Dish. 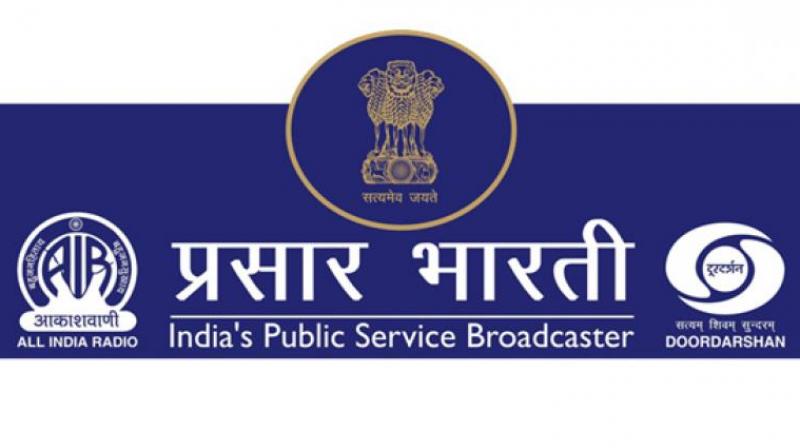 The board had contended that sacking contractual employees without properly arranging for an alternative would lead to the collapse of both the organisations.

New Delhi: Doordarshan and All India Radio could soon become organisations with lean work force as the Prasar Bharati board is set to reconsider a proposal for rightsizing of employees of these institutions, a contentious issue backed by the I&B ministry which was rejected by the board in February.

According to official sources, the board meeting on Monday is expected to examine suggestions from the ministry to let go of its contractual staff — casual, contractual and consultants — as the organisation is overstaffed. A sizeable number of employees, both in Doordarshan and All India Radio, work on contract.

“The proposal was earlier brought up before the board in its last meeting held on February 15. However, it was not cleared by the board after taking strong exception to the wording of a direction by the I&B ministry to terminate the services of all contractual employees of the Prasar Bharati,” sources added.

The board had contended that sacking contractual employees without properly arranging for an alternative would lead to the collapse of both the organisations.

The board meeting on Monday is also likely to reconsider I&B ministry’s direction to stop e-auction for channels available on DD Free Dish. The proposal was deferred in its last meeting as the board had felt that the directive could “wreck the finances of the Prasar Bharati” and the corporation could lose `300 crore, it said.

The board members are also likely to consider signing an MoU between the I&B  ministry and the public service broadcaster on financial issue related to Doordarshan and All India Radio.

Sources said that the ministry wants the Prasar Bharati to sign a MoU to clearly bringing out the physical and financial targets with timelines for activities to be done by utilising the grant during that financial year.

Recently, the I&B ministry had pointed out that the Prasar Bharati was as much bound by general financial rules of the Government of India as any other ministry or organisation receiving grants-in-aid from the government.

However, it is understood that the contentious issue of employment of senior journalists at unprecedented and huge salary packages is not likely to be taken up by the board.