Union Minister Ram Vilas Paswan said there was no vacancy for the PM's post as Narendra Modi would return to power in 2019. 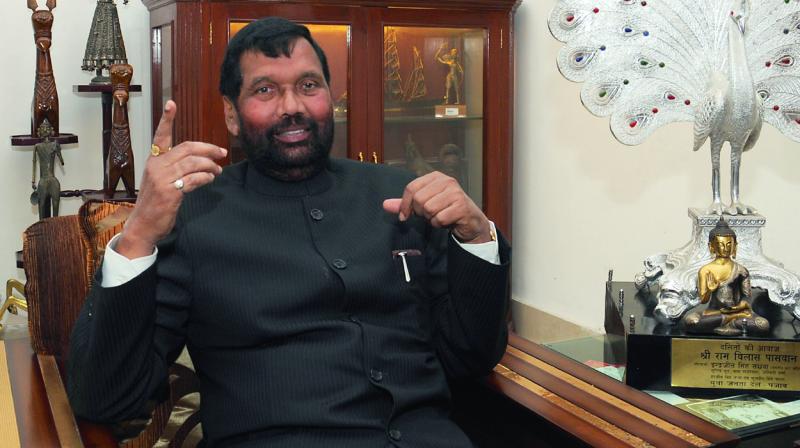 Union minister Ram Vilas Paswan said the NDA will return to power with a majority, and Narendra Modi will have his second term as prime minister. (Photo: File)

Patna: Union minister Ram Vilas Paswan on Sunday mocked Rahul Gandhi's remark that he would become prime minister if the Congress emerged as the single largest party in the Lok Sabha polls, saying there was no vacancy for the top post as Narendra Modi would return to power in 2019.

"How can he (Rahul Gandhi) become prime minister in 2019. There is no vacancy. The NDA will return to power with a majority, and Narendra Modi will have his second term as prime minister," he said.

The Lok Janshakti Party (LJP) chief was reacting to Rahul Gandhi's statement, made at an interaction with the media during the recent campaign for the Karnataka Assembly polls, which has drawn snide remarks from those in the NDA, including Prime Minister Narendra Modi himself.

"I am sure that in the next general elections, the people of the country will hold the view that Prime Minister Narendra Modi has been performing well and the country has gained respect globally under his leadership, and therefore, the NDA will be given another chance," Paswan, the Union Minister of Consumer Affairs, Food and Public Distribution, asserted.

"Speaking of the opposition, there seem to be so many aspirants for the PM's post. There is TMC chief Mamata Banerjee, TDP supremo Chandrababu Naidu and Chandrashekhar Rao, who heads the TRS. It has also been heard that lobbying is secretly on for Sharad Pawar (NCP founder) as well," he said.

On the demand for grant of special status to Bihar, raised by Chief Minister Nitish Kumar's JDU, Paswan said, "It has been a demand of the LJP as well. The ruling NDA at the Centre is committed to providing poor states with extra assistance even without special status."

Paswan welcomed the recent move of the Nitish Kumar government to provide financial aid to civil service aspirants belonging to the Scheduled Castes and Scheduled Tribes.

He, however, dismissed the opposition's charge that the scheme had been floated with an eye on Dalit votes in the next assembly polls in the state.