India   All India  14 May 2019  ISI meets LeT militants to step up terrorism in Valley: Intelligence
India, All India

Pakistan had also been sending signals to India to de-escalate situation along the LoC and International Border. 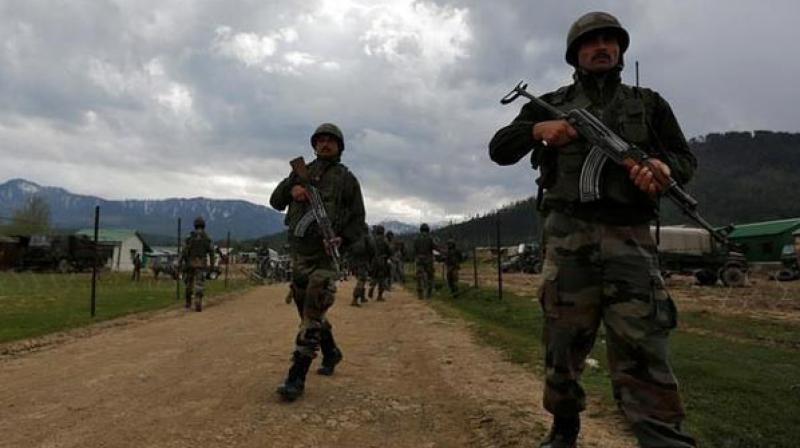 Security forces are expecting terrorists to try also increase terror activities in Kashmir in coming days after civil secretariat reopened in Srinagar on May 6. (Representative Image)

New Delhi: In an attempt to revive terrorism in Jammu and Kashmir, Pakistan’s Inter-Services Intelligence (ISI) held a meeting of top leaders of militant groups, including Jaish-e-Mohammed (JeM) and and Lashkar-e-Tayyaba (LeT), to ask them to start infiltration in the state, according to intelligence agencies.

The meeting is supposed to have been held between last week of April or first week of May, as per reports with the intelligence agencies.

Infact, Rashtriya Rifles and J&K police in Gool, Ramban on Monday delivered a setback to terrorist outfit in their efforts to revive terrorism South of Pir Panjal Range by arresting two teenagers intended to join terrorist cadre of Lashkar-e-Tayyaba. Both the boys are from South Kashmir. During the operation, the security forces recovered one AK-47 assault rifle with ammunition, personal items and cash worth `8,871.

After the suicide attack on the CRPF bus in Pulwama in February, there had been no infiltration attempt by the Pakistan-based terrorists into Jammu and Kashmir.

Pakistan had also been sending signals to India to de-escalate situation along the LoC and International Border. However, Indian security establishment believes that Pakistan will never end its policy of using terrorism against India.

Jaish had also moved its terrorists from launch pads near LoC to inside Pakistan after the Pulwama attack as it was expecting retaliatory action in the form of a surgical strike by the Indian Army.

However according to intelligence agencies, Jaish has now started moving back its terrorists to launch pads and camps near the Line of Control (LoC).

Security forces are expecting terrorists to try also increase terror activities in Kashmir in coming days after civil secretariat reopened in Srinagar on May 6.