India   All India  14 May 2019  Pitroda should be ashamed, needs to apologise: Rahul
India, All India

Pitroda should be ashamed, needs to apologise: Rahul

Gandhi was in damage control mode when he chided Mr Pitroda at an election rally in Punjab. 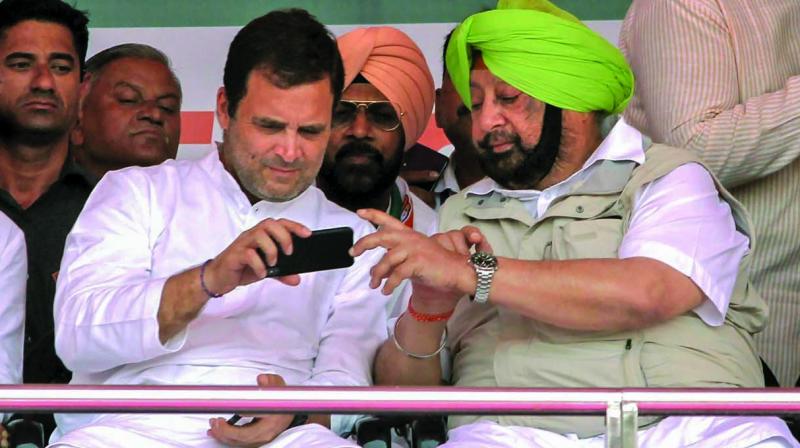 New Delhi: Trouble continued for Congress leader Sam Pitroda over his “hua toh hua” remark about the 1984 anti-Sikh riots. Congress president Rahul Gandhi on Monday said he had not merely asked Mr Pitroda to “apologise” but that he should be “ashamed” for what he had said. Mr Gandhi said: “What Sam Pitroda said about 1984 is absolutely wrong and he should apologise to the nation for it. I told him this over the phone, I told him what he said was wrong, he should be ashamed and apologise publicly.”

Mr Gandhi was in damage control mode when he chided Mr Pitroda at an election rally in Punjab. The Congress president had earlier tweeted his disapproval and the party had distanced itself from Mr Pitroda’s remarks.

Hitting out at the Congress over Mr Pitroda’s remarks, Prime Minister Narendra Modi had said: “One of the tallest leaders of the Congress, speaking in a loud voice on 1984, said: ‘84 ka danga hua to hua’. Do you know who this leader is? He is very close to the Gandhi family... this leader was a very good friend of Rajiv Gandhi and a guru of Congress’ ‘naamdar’ (dynast) president.” On Sunday in Amritsar, BJP president Amit Shah asked Mr Gandhi whether the matter had ended with Mr Pitroda tendering an apology for “justifying” the “Sikh genocide”.

Mr Pitroda had used the words “hua toh hua” (what has happened, happened) while trying to dismiss questions about the anti-Sikh riots last week, triggering criticism by political parties cutting across ideological lines. Realising his blunder, Mr Pitroda apologised for his remarks and also added he had been misrepresented. He said: “What I meant was: move on. We have other issues to discuss on what the BJP government did and what it delivered. I feel sorry my remark was misrepresented, and I apologise. This has been blown out of proportion.” But the damage had already been done by then.