India   All India  14 May 2022  Sanjay Raut bats for 'one country, one language', says Hindi is spoken across India
India, All India

Sanjay Raut bats for 'one country, one language', says Hindi is spoken across India 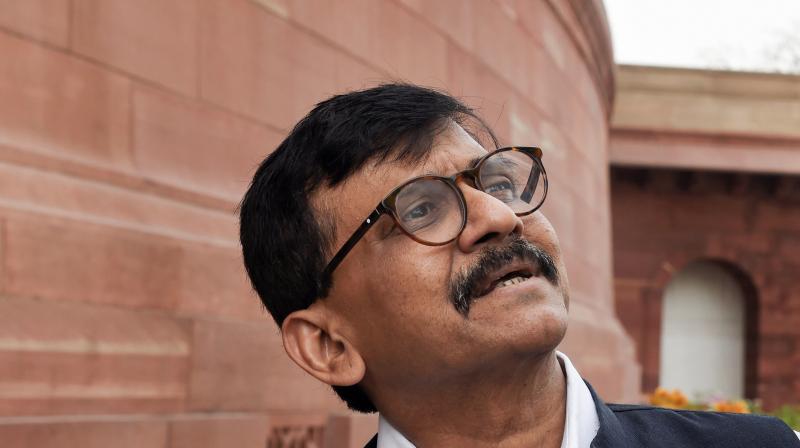 Mumbai: Making a pitch for "one country, one language", Shiv Sena leader Sanjay Raut on Saturday said Hindi is spoken across India and has acceptability, and added that Union minister Amit Shah should accept the challenge that there should be one language in all the states.

His statement comes over a month after Shah said that Hindi should be accepted as an alternative to English and not to local languages, a statement that was vociferously opposed by several prominent political leaders in southern states, who said foisting Hindi on people was not acceptable, and also called it a part of an agenda to weaken the regional languages.

Raut made the remark here while talking to media persons here. The comment was in response to a question about Tamil Nadu Education Minister K Ponmudy a day earlier decrying any attempts of alleged imposition of Hindi and questioning claims that learning the language would fetch jobs.

Taking a dig at those who insist jobs will be available for those who learn Hindi, the Tamil Nadu minister had also asked who are selling 'pani puri' in Coimbatore now, an obvious reference to the predominantly Hindi-speaking vendors involved in the trade.

Mumbai - where civic body polls are likely to be held later this year - has a sizeable number of people from northern belt of the country.

"Whenever I get an opportunity in the House, I speak in Hindi. Because the country should listen what I want to say, it is a language of the country. Hindi is the only language which has acceptability and is spoken in the entire country," he said.

To drive home his point, the Shiv Sena leader also said that the Hindi film industry is influential in the country and the world.

So, no language should be insulted, he added.

"Union Home Minister Amit Shah should accept this challenge that there should be one language in all states. One country, one Constitution, one nishan (emblem/symbol) and one language should be there," Raut said.

The chief spokesperson of the Sena further said Maharashtra Chief Minister and Shiv Sena president Uddhav Thackeray's rally, scheduled to be held later in the day, will be "historic and revolutionary".

He added the entire country is "excited" to know what stand Thackeray will take during the public rally, first of the party in the last two-and-half years.

"Some people want to vitiate the atmosphere in Maharashtra, want to defame the Maha Vikas Aghadi (MVA) government and want to destabilise the state (government). Shiv Sena chief Uddhav ji Thackeray will give a befitting reply to all this," he added.

Answering a question, Raut also said that Shiv Sena founder Bal Thackeray was, is and will remain the only 'Hinduhridaysamrat' (emperor of Hindu hearts).

To another question relating to the Congress's party brainstorming session in Rajasthan's Udaipur, Raut said the Grand Old Party should lift itself. "Only then the country can expect a change," he added.