India   All India  14 Jun 2017  UP: Pregnant woman in labour denied ambulance due to lack of fuel
India, All India

UP: Pregnant woman in labour denied ambulance due to lack of fuel

The woman's husband, Monu Kumar, said that nobody helped them when they called on helpline numbers as well. 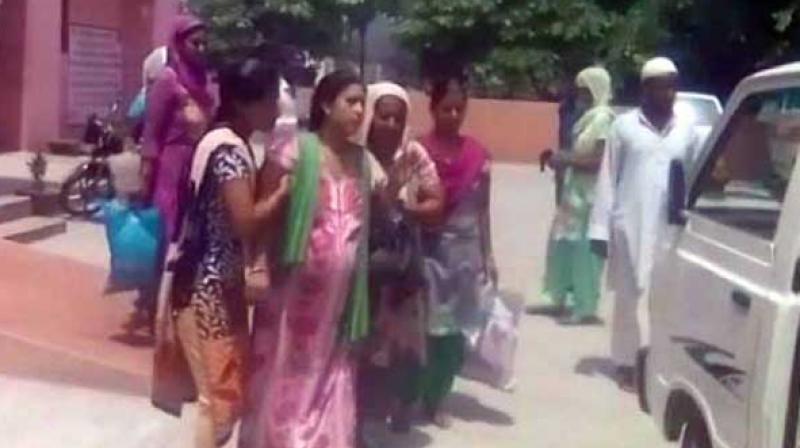 The woman being transported to another hospital in Saharanpur. (Photo: Twitter | ANI)

Saharanpur: Yogi Adityanath-led Uttar Pradesh government saw a tragic incident where a pregnant woman was denied ambulance service due to lack of fuel.

The woman, who was going through labour, was referred to another hospital.

The woman's family members pleaded the hospital to provide the ambulance, but the officials did not pay any heed.

There were four ambulances standing in the hospital premises, but the hospital was unable to fill it with diesel.

The woman's husband, Monu Kumar, said that nobody helped them when they called on helpline numbers as well.

"We kept calling on 102, 108 service numbers, but no help was provided. We admitted her at around 12.30 in the night when they informed us that normal delivery would take place. She was in so much pain, but still they said that it was normal. After a few hours, a doctor from the next shift told us that she had insufficient blood for which we needed to travel to Saharanpur," he said.

He further said that on demanding for an ambulance, the driver said that all four available ambulances do not have fuel.

"I told him that I will pay for the fuel, but he denied and said that I had no role to play there," Kumar added.

The Chief Medical Officer (CMO) BS Sodhi said that he would examine the matter and a disciplinary action would be taken so that no such incident is repeated in future.

"I contacted Girish (district coordinator) who informed me that one car had blockade of fuel and the second had battery issues and the rest two cars were already booked for other cases. The servers at the petrol pump were down, so their cards could not function. We have written to the higher authorities for this," Sodhi added.

He said that the concerned doctor helped the woman while taking interest on personal level.