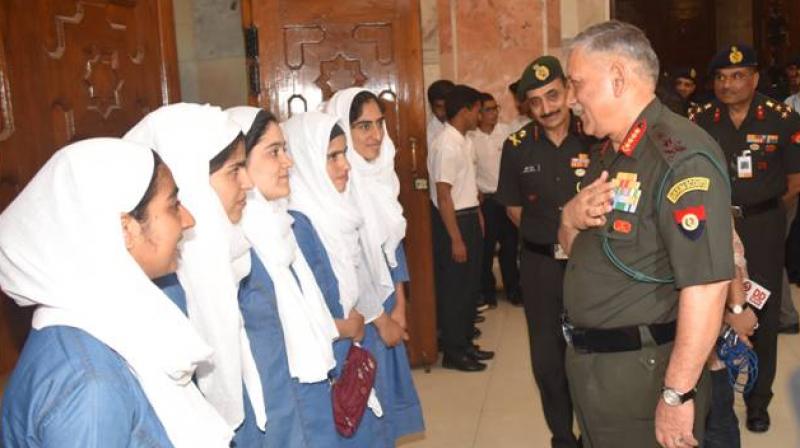 New Delhi: As many as 28 students from Kashmir belonging to economically weaker sections have made to top institutions like IITs and NITs with the help of the Army's 'Kashmir Super 30' initiative.

A total of 40 students were enrolled under the project.

Of which, 35 boys were given coaching in Srinagar and five girls in Delhi/NCR.

Of them, 26 boys and two girls have qualified the IIT-JEE mains exam. Further, out of 28 students, nine made it to the prestigious Indian Institutes of Technologies (IITs), an official release said.

Minister of State for Personnel Jitendra Singh, who is a Lok Sabha MP from Jammu and Kashmir's Udhampur constituency, felicitated these students at a function organised here.

Addressing the students, Singh said that these students have set an example before others to follow.

He also appreciated the Indian Army for its contribution.

Singh said that people are indebted to the Indian Army which serves the nation not only in the times of disturbance, but also in the times of peace by working in various situations such as flood relief measures.

He said Kashmir has the best talents.

Singh said that in the civil services exam result declared recently, 14 students from Jammu and Kashmir have made it to the list.

The students of the 'Kashmir Super 30' initiative of the Indian Army are being guided by training partners, Centre for Social Responsibility and Leadership (CSRL) and Petronet LNG Limited (PLL).

The minister complimented Petronet for its efforts in supporting these children.

He said that the job which they were performing was not small and they were making a real contribution in the lives of these students with their sincerity and commitment.