On Wednesday, four BSF personnel, including an officer, were killed and three others injured in unprovoked firing by Pakistan Rangers. 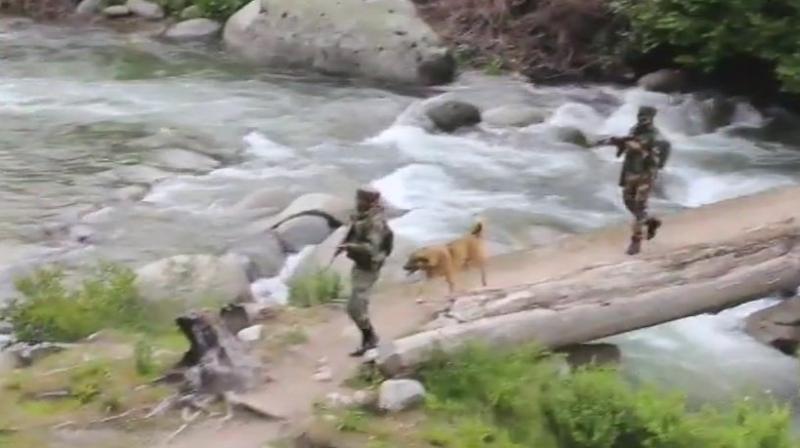 Srinagar: Two terrorists and an Army jawan were killed in an encounter in Jammu and Kashmir's Bandipora district on Thursday morning, officials said.

"Two terrorists have been killed in an ongoing operation in Panar forest area of Bandipora district (in north Kashmir)," a defence spokesman said here. He added that a jawan also lost his life in the operation.

The identity and group affiliation of the two militants is being ascertained, an official said.

The army personnel sustained serious bullet wounds during the operation. Later, he was immediately evacuated to a military hospital. However, he succumbed to his injuries.

"The operation was launched last week when terrorists and the government forces exchanged brief gunfight in Raynar forests adjacent to Panar area. The operation with the help of additional reinforcement continued and entered on sixth straight day today," the officer said.

"Operation is still going on to trace out the other hiding terrorists," the officer added.

In May 2018, five terrorists were killed in southern Shopian district after security forces launched a cordon and search operation in the village.

Top Hizbul Mujahideen commander Saddam Padder, and one university assistant professor were among the five terrorists killed in the encounter.