The Sochi summit between Mr Modi and Mr Putin has been widely regarded as hugely successful. 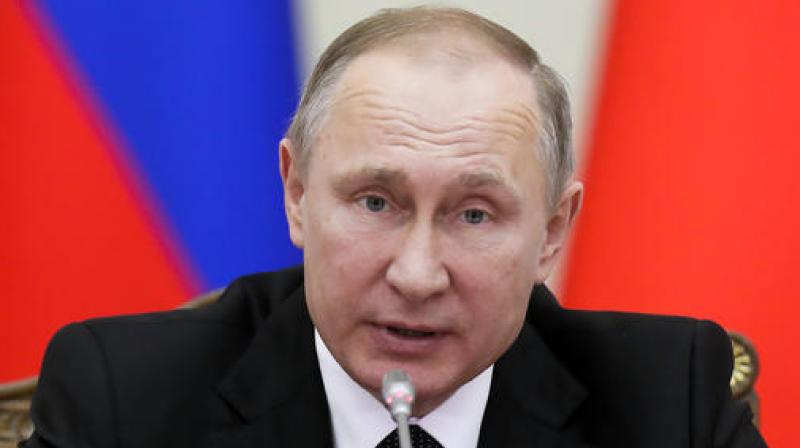 New Delhi: After last month’s hugely-successful informal summit at Sochi between Prime Minister Narendra Modi and Russian President Vladimir Putin, an official visit by Mr Putin to India is being planned later this year, in order to continue the momentum of strengthening ties between New Delhi and Moscow. India appears to have started a course correction of sorts by beefing up ties with Russia and keeping a slight distance from Washington given the increasingly temperamental nature of the Donald Trump presidency.

“A formal visit by President Putin to India will take place this year,” a source told this newspaper. Another powerful signal on the importance of ties with Moscow was sent Tuesday when external affairs minister Sushma Swaraj went to the Russian embassy in New Delhi as chief guest at the Russian national day celebrations. This task is usually delegated to a junior minister or a top bureaucrat.

The Sochi summit between Mr Modi and Mr Putin has been widely regarded as hugely successful. Indo-Russian ties were seen earlier as having come under some strain due to New Delhi’s growing proximity to Washington. But with the sharp deterioration of ties between Russia and the West, New Delhi seems to have realised that a perception had crept in that it had grown too close to Washington at the cost of its time-tested ties with Russia. Moscow too had considerably softened its stand towards Islamabad, further adding to New Delhi’s discomfort.

But with one masterstroke that the Sochi summit was, New Delhi has sought to erase any misconception or negative perceptions in Moscow’s mind and has put the decades-old friendship firmly back on track. The move has also sent a powerful signal to the West that India will not sacrifice its strategic friendship with Russia at any cost. New Delhi also made it clear it will continue to acquire weapons systems from Russia despite American sanctions on Russian military exports.