The board termed the Personal Law Board’s objections to UCC as the “tyranny to the minority community”. 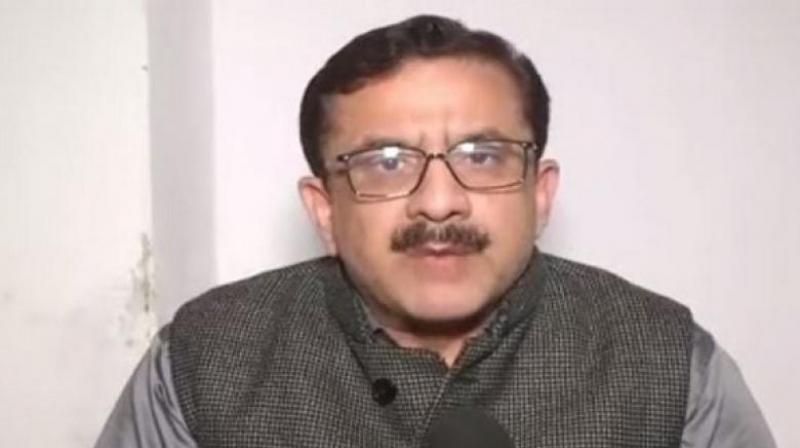 New Delhi: In a significant development, the Lucknow-based UP Central Shia Waqf Board urged the Law Commission on Wednesday to come out with a Uniform Civil Code (UCC) for all religions, including Muslims, arguing that it will help eliminate discrimination against women.

In response to the Law Commission seeking suggestions on UCC from across the country, Syed Waseem Rizvi, chairman of the board, pointed out that Goa has had Common Civil Code since 1965, which is applicable to all its citizens, and thus the UCC can be implemented throughout India as well. In Goa Hindus, Muslim, Christians are bound with a common family law related to marriage, divorce, succession.

Rejecting the position of All India Muslim Personal Law Board (AIMPLB) that even if a Uniform Civil Code is formulated, it should be optional for Muslims to adopt its provisions, the Shia board said that such a code should be applicable for all throughout the country. The board termed the Personal Law Board’s objections to UCC as the “tyranny to the minority community”. The board added that the right to equality guaranteed under Article 14, the right against non-discrimination under Article 15 and right to life and liberty under Article 21 of the Constitution can’t be secured and gender justice can’t be achieved without implementing UCC.

The board pointed out that diversity in personal matters along with religious differences have often led to tensions between different communities, as has been learnt by bitter experiences of Partition and subsequent events.

Opposing polygamy and triple talaq, the board said that a man marrying up to four wives and divorcing his wife by through instant triple talaq or his refusal to provide maintenance to the divorced wife after a limited period of three months are practices that are derogatory to the dignity of a woman. Any member of the Muslim community who resorts to such practices and urges that such practices should be immune from legislation violates the provisions of Article 44 and 51A of the Constitution, the board said.

The board also opposed the AIMPLB’s decision to set up parallel courts to decide cases under the Shariat law. It expressed surprise that the Government of India has not yet protested against such a decision despite the fact that such courts would not only sound the death knell of Article 44 but also to other provisions of the Constitution.

If the government is serious in bring a Uniform Civil Code for all religions in India, asserted the board, it should come forward with authoritative pronouncement instead of getting beguiled by statements issued by some fundamentalists led by the All India Muslim Personal Law Board.

UP Central Shia Wakf Board is an outfit of UP Shia Muslims and its job is to maintain and take care of Shia wakf properties (endowments). The body represents a limited number of Shias who overall constitute around 10-15 per cent of Indian Muslims.

Waseem Rizvi, the Shia board’s chairman, has in recent months made many controversial self-attested claims on behalf of Indian Muslims. He has urged Muslims to give up their claim on Babri Masjid-Ram Janmbhoomi disputed site and let a temple be built. He also called madarsas in India breeding grounds of terrorists.

Though it is said that he is disliked by a majority of Shias, he has also floated a political party named Indian Shia Awami League.