Stating that ISRO is in right direction, Nair said establishing a space station is a must for 'keeping the leadership in the space arena'. 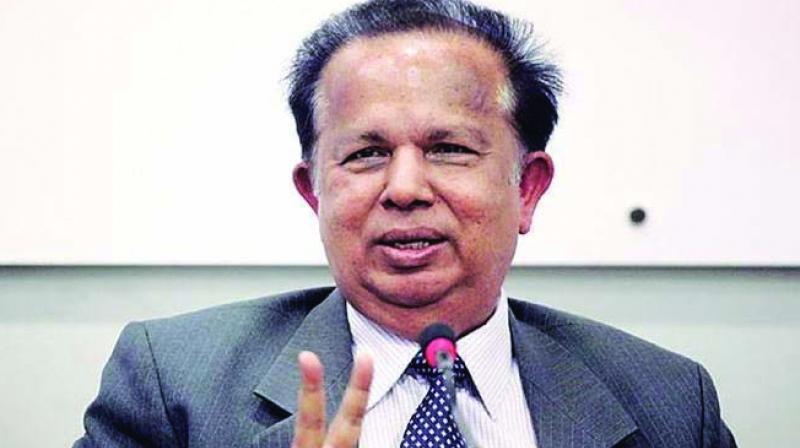 The former Indian Space Research Organisation (ISRO) chairman said he was really excited by India's plans to have its own space station. Referring to the ISRO's Gaganyaan mission, Nair, a former Department of Space secretary, noted that India would have the capability to take man to space by 2022.

"From there (after the Gaganyaan project), to establish a space-borne platform (space station) for observations is a logical next step," he told PTI. "Normally, such major projects take time, to conceive, design, go-ahead and implement," Nair said.

"So, if the government has given a note to such a project, I think it's the most exciting as far as ISRO is concerned." ISRO Chairman K Sivan had announced on Thursday that the proposed space station would weigh around 20 tonnes.

A space station is a spacecraft capable of supporting crew members, designed to remain in space for an extended period of time and for other spacecraft to dock. Currently, there is only one fully-functional space station in the Earth's lower orbit, the International Space Station (ISS), and astronauts conduct different experiments in it.

The ISS is a partnership between European countries represented by the European Space Agency, the United States (NASA), Japan (JAXA), Canada (CSA) and Russia (Roscosmos). It is the world's largest international cooperative programme in science and technology.

Nair said the ISRO, which he headed from 2003-2009, had to "scale" the proposed space station as per requirements, which would emerge in the 2025-2030 time-frame. According to him, around USD 120 billion had been spent on establishing the ISS, which is being maintained at a cost of USD 6-7 billion annually.

"That kind of thing (scale of ISS)... I don't think we should embark on, (we need) really an affordable, low-cost platform where ordinary scientists can go and do the experiments and also it can meet various national priorities," he said.

To establish a 20-tonne space station is within the reach of the ISRO, Nair said. "(ISRO's) GSLV-Mk-III (launch vehicle) can carry a 10-tonne module at a time. So, with available capacity, we can do that. "But, at the same time, the ISRO has in their next 10-year profile... action for developing semi-cryogenic engine and developing boosters based on that. That will actually enhance our capability for launch also in this time-frame," Nair said.

India's proposed space station is going to be a "scaled-down" version of the ISS and meeting only functional requirements rather than aiming for a "luxurious type of set-up," he said. Stating that ISRO is in the right direction, Nair said establishing a space station is a must for "keeping the leadership in the space arena".