India   All India  14 Jun 2020  Amid dispute with China, India looking to complete work on strategic DSDBO road
India, All India

Amid dispute with China, India looking to complete work on strategic DSDBO road 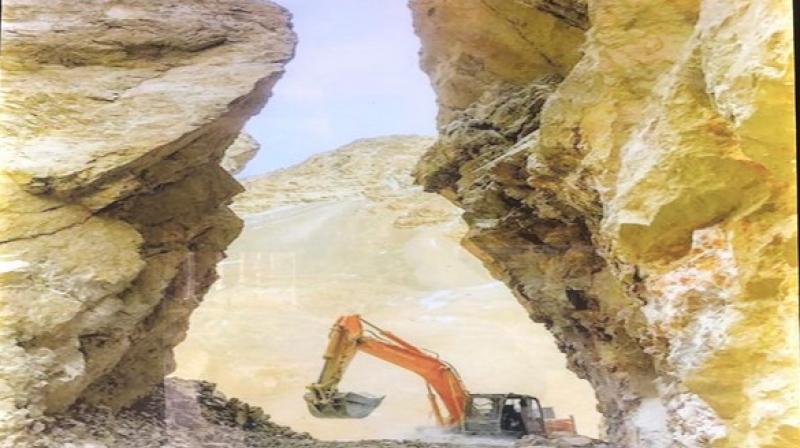 New Delhi: Amid the ongoing dispute with China in eastern Ladakh over the Chinese military buildup, the Border Roads Organisation (BRO) is looking to complete the work on the 255 Km-long strategic Darbuk-Shyok-Daulat Beg Oldie (DSDBO) road including eight bridges and its blacktopping at some of the stretches by the end of this year.

"We are planning that the work on the entire stretch should be complete by the end of this year which includes eight bridges of different sizes and blacktopping of the road at some of the stretches," government sources said.

The sources said the labour workforce has started the movement towards the high altitude locations in Ladakh from Jharkhand after proper checks and screening by the local authorities for COVID-19.

The workforce in Jharkhand is considered to be the most suited for working in this hilly terrain as they adapt to the conditions there very well, they said.
The working window in the Eastern Ladakh sector is very narrow with only four to five months available due to the extreme cold conditions there.

The road has been in the making for over two decades now and a special focus was laid on it after the Narendra Modi government came to power in 2014.

Northern Army Commanders, the Border Roads Organisation project chief engineers and commanders of the 81 Brigade looking after DBO have been working in close coordination in the last many years to ensure that the project was completed in time and the manner in which it remains an all-weather road.

The bridge connecting the Patrolling Point 14 in Galwan area with the territory across the Shyok river is also linked to the strategic road.

India and China are engaged in a standoff at multiple points along the Line of Actual Control in Eastern Ladakh where the Chinese People's Liberation Army has amassed over 10,000 troops with its heavy artillery and armoured regiments on its side of the LAC.

India has also now matched the deployment done by the Chinese and after the talks between the two sides at the multiple levels, they have even disengaged and gone back from their positions by a couple of kilometres.