Her response came after a woman wrote to her on Twitter, seeking her help to bring back the mortal remains of one of those killed in the incident. 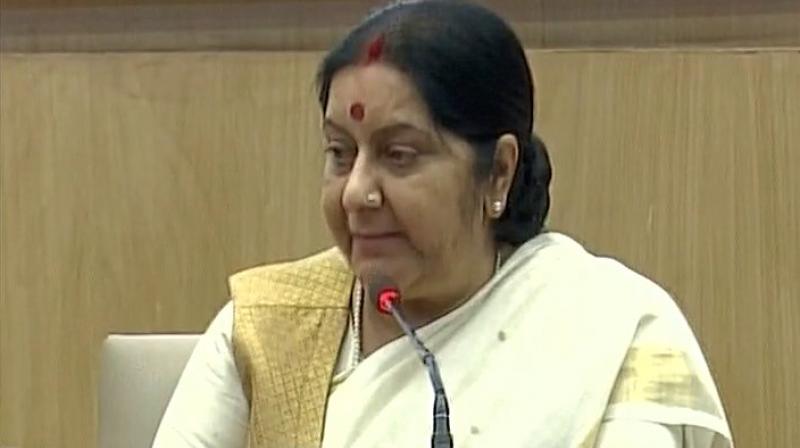 New Delhi: Eleven Indians were killed and six others injured in a fire that ripped through a windowless house at Najran in Saudi Arabia on Wednesday.

In a series of tweets late on Wednesday night, external affairs minister Sushma Swaraj initially said, “I am aware of the fire tragedy in Najran in which we have lost 10 Indian nationals and six injured are in the hospital. I have spoken to consul general Jeddah. Najran is 900 Kms from Jeddah. Our staff is rushing by the first flight available. Our consul general is in touch with the Governor of Najran. He is updating me on regular basis.” But the number of Indian casualties rose to 11 on Thursday.

Her response came after a woman wrote to her on Twitter, seeking her help to bring back the mortal remains of one of those killed in the incident.

The external affairs ministry on Thursday released the list of those killed in the incident. They are: Tabrej Khan, Ateeq Ahmad, Mohammad Waseem, Waseem Akram, and Vakeel Ahmad from Uttar Pradesh; Gauri Shankar Gupta from Bihar; Kamapalan Sathyan, Baiju Raghavan, and Sreejith Kottasseri from Kerala; Murokanandan Kaliyan from Tamil Nadu and Paras Kumar Subedar from Punjab.

According to news agency reports from Dubai, the workers, who belonged to a construction company, were living near a gold market area in Faisaliah district. The fire broke out due to a short circuit in an old air-conditioning unit, according to primary information.